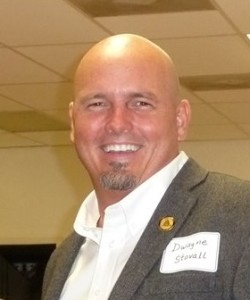 This was sent out as a press release, but I think it qualifies as an essay, too:

If you take the text of the Constitution of the United States, as ratified by the founders of our country, and paste it into Microsoft Word, it’s about nine pages in length.

Because the powers of the federal government were never intended to be anything but few.

Because the powers not granted to the federal government belong to the states, and what the States kept for themselves was pretty much everything else that citizens encounter in the ordinary course of their daily lives.

This is called Federalism: a federation of States created a central federal government and delegated supremacy over these States only in a few, specific areas.

That last point is key – you might want to read it again.

So when the federal government must extend its list of powers, what’s the only legitimate, constitutional process for that?

If you said “Amendment,” you would be right.

Unfortunately today, this is how it works…

Congress passes a law that clearly overreaches the bounds set forth of the Constitution. The President signs it, and then a state (or several) will sue the federal government for usurping a power that belongs to the states. The Supreme Court hears the case, and decides in some contorted ruling that the overreach is not a violation of the Constitution and determines that the law is constitutional.

My question to you: is the Supreme Court the final arbiter of whether any law is constitutional?

The right answer is: only within the limited powers of the federal government. James Madison himself said, “The judicial power [of the national government] should correspond with the legislative.”

But if you think that might not be the right answer, I have a one-word reply to change your mind: Obamacare.

The federal government does not get to assign itself new powers outside of the Constitution by the edict of the Supreme Court.

Article III, Section 2, Clause I of the Constitution states, “The judicial Power shall extend to all Cases, in Law and Equity, arising under this Constitution, the Laws of the United States…”

The key phrase is “arising under this Constitution.” The Court does get to judge laws that are passed within the bounds of the Constitution. A federal court can weigh in on federal matters. The Supreme Court was never intended to be an imperial court, as many authors from Thomas Jefferson to Mark Levin have argued.

Every branch of federal government comes with checks for balance so that no branch might become imperial. The court has two checks: Congress has the power to impeach, and the president can refuse to execute unconstitutional acts.

The core problem with our government today is that these checks are not applied because WE, the people, elect politicians who are disrespectful about the limits placed on the federal government. As a result, we do not hold members of Congress accountable to these limitations. It doesn’t help that so many citizens (and non-citizens) want unconstitutional goodies handed out by a federal government drunk on power.

Most people, if you ask them, say that the power of the federal government has grown too large.

If you ask them how that happened, they mostly shrug.

Only by insisting on the founding principle of Federalism across all three branches of government can we reverse this course. Determining constitutionality must begin by insisting that the powers of the federal government remain limited and explicit, according to the few and specific powers enumerated within the Constitution.

We don’t need a revolution to change this. We need to get ourselves educated on the “rules” by which Washington must operate, and then we need the spine to hold our politicians in Washington accountable. We must only allow them to legislate within the limited powers granted to the federal government. When they don’t, we must replace them, by any legal means necessary.

If enough people believe strongly in Federalism and insist on it, then the federal laws written by truly constitutional politicians will not absorb our attention every day as they do now. And that, my fellow Texan, is freedom.