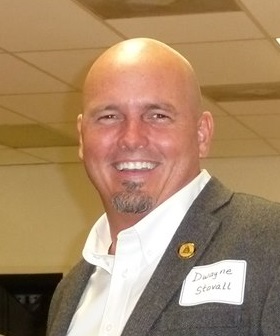 Dwayne Stovall Highlights Senator John Cornyn’s Neglect of the U. S. Constitution in Sponsorship of S. 2729: Ensuring the Future Physician Workforce Act of 2008

Press Release: Senator John Cornyn ignored the enumerated powers listed in the Constitution in his sponsorship of the “Ensuring the Future Physician Workforce Act of 2008.” This is part of an ongoing series of press releases, each highlighting one unconstitutional bill personally sponsored by Sen. Cornyn.

Stovall said in a statement: “When government tries to manage an industry, the results can be calamitous, as we see now in the rollout of Obamacare. What makes matters worse is a disrespect for States’ rights by many of today’s politicians.”

“Sen. Cornyn displays a consistent preference to continue big government programs rather than discourage them or work to safely dismantle them. After the passage of Obamacare, he said clearly that he did not want to repeal all of the law, and has often called to replace it with something else.”

“The U. S. Constitution does not give the federal government power over health care. Politicians who ignore the 10th Amendment violate their sworn oath to protect the Constitution.”

“Sen. Cornyn sponsored the ‘Ensuring the Future Physician Workforce Act’ in 2008 which tinkered with reimbursement rates, but what he should have done instead is work to sponsor legislation that pulls the federal government out of the health care industry. Texans deserve to enjoy a free market full of robust competition to drive prices downward and push efficiencies, not use the club of the federal government to fix prices.”

“Politicians often imagine they are smart enough to craft solutions for us, but frankly, we can’t afford Washington’s solutions. Let Texans manage Texas and let’s work to rid the health care industry of federal intrusion.”

This national and unconstitutional bill, proposed and sponsored by Cornyn, never made it out of committee.

Stovall is running for the U.S. Senate seat currently held by Senator John Cornyn. Sen. Cornyn is running for re-election to his third six-year term.

Dwayne Stovall is a small businessman from Liberty County in the heart of Texas. He is married to his high school sweetheart of 22 years, and has three children. More information on the candidate and his campaign may be obtained at www.texansforstovall.com.