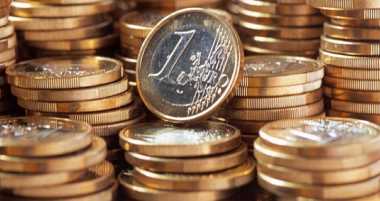 Republished with express permission from The New American Magazine

As we have warned, governments and central banks all over the world are getting ready to plunder savings accounts and pensions to fund ongoing spending binges and mounting debts.

Reuters news service reported an ominous story on February 12 indicating that authorities in the European Union may soon be resorting to the “Polish option” of nationalizing pension funds to pay for national debt obligations, as well as to fund continued out-of-control government spending.

According to the Reuters report:

The savings of the European Union’s 500 million citizens could be used to fund long-term investments to boost the economy and help plug the gap left by banks since the financial crisis, an EU document says….

“The economic and financial crisis has impaired the ability of the financial sector to channel funds to the real economy, in particular long-term investment,” said the document, seen by Reuters.

The Commission will ask the bloc’s insurance watchdog in the second half of this year for advice on a possible draft law “to mobilize more personal pension savings for long-term financing”, the document said….

The EU executive will also complete a study by the end of this year on the feasibility of introducing an EU savings account, open to individuals whose funds could be pooled and invested in small companies.

The Reuters report reads as if it were written by the European Central Bank or the Federal Reserve, employing the “purposeful obfuscation” of “Fed-speak” that Fed Chairman Alan Greenspan (following his retirement) boasted of employing when deceiving Congress with convoluted “destructive syntax.”

For the savvy reader, the Reuters story sent up a host of red flags, but for many, if not most, readers, unfamiliar with the “Fed-speak” and “Greenspanisms,” the article was merely about new efforts by EU authorities to “boost the economy.” And that would be a good thing, right? And solve the “long-term investment” problem; another good thing, yes? Even the Reuters title — “Exclusive: EU executive sees personal savings used to plug long-term financing gap” — aims at preparing readers to welcome the planned government confiscation of their savings.

Contrast that Reuters title with the one provided for the same story by Tyler Durden at ZeroHedge.com: “Europe Considers Wholesale Savings Confiscation, Enforced Redistribution.”

ZeroHedge is among the alternative voices that have been warning that ever-ravenous government and its Wall Street patrons, having already digested breakfast and lunch, are coming back for dinner. Meanwhile, the MSM “journalist” shills for Big Gov and Big Banks continue to report that the storm clouds are almost banished and that sunshine and rainbows are peeking out from behind every new government program.

Tyler Durden points out that the EU choice of the verb “mobilize” — as in “to mobilize more personal pension savings for long-term financing” — is typical of the deceptive verbiage employed by the bankster/political elites.

“Mobilize, once again, is a more palatable word than, say, confiscate,” he notes. “And yet this is precisely what Europe is contemplating.”

And not only Europe; central bankers and politicians the world over have struck on a plan to “solve” the “world financial crisis” by taking every penny possible by every means possible. (See: “Jackson Hole Conclave: Central Bankers Plan Global Theft, Massive Pain,” August 28, 2013; and “Your Savings, 401(k), and Retirement Are in Danger,” February 4, 2014.)

As we have reported, President Obama has floated an eerily similar plan — his MyRA retirement savings bond program, announced in his January 2014 State of the Union Address — which appears to be a way of easing into the plans for nationalizing pensions that “progressive” Democrats have been advocating for many years. In 2008, when then-Senator Barack Obama was running for his first try at the White House, a series of House and Senate hearings took testimony from a bevy of “experts” recommending various schemes for nationalizing pension plans (see here).

In September, 2012, California Governor Jerry Brown signed legislation creating the nation’s first state-administered retirement savings program for private-sector workers. The California Secure Choice Retirement Savings Program, which has been touted as a “national model,” directs private employers to withhold three percent of workers’ pay to channel into a state-run program. Critics have pointed out that the new program is simply another means by which the Sacramento politicians are forcibly extracting money from Golden State residents to fund debt-laden, bloated government. In particular, the new retirement “savings” is likely to disappear into schemes for plugging holes in the California Public Employees’ Retirement System (CalPERS), which is estimated to have a long-term unfunded liability of $100 billion.