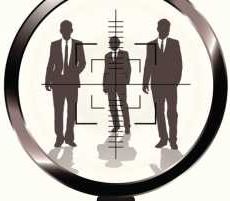 by Joe Wolverton
Republished with express permission from The New American Magazine.

The National Security Agency (NSA) and its British counterpart (GCHQ) are “attempting to manipulate and control online discourse with extreme tactics of deception and reputation-destruction,” according to a new report by Glenn Greenwald.

Having published numerous stories gleaned from the cache of documents obtained by former NSA subcontractor Edward Snowden, Greenwald declared on his new website, the Interceptor, that it was time that this aspect of the tale were told.

The disturbing online activities carried out by the GCHQ, and presented to the rest of the intelligence agencies in the English-speaking “Five Eyes Alliance” for their consideration, were described in a document produced by the formerly super secret department of the GCHQ known as JTRIG (Joint Threat Research Intelligence Group).

Analysis of the document and the scheme it lays out reveals that intelligence officers set out purposefully “to control, infiltrate, manipulate, and warp online discourse,” Greenwald writes.

The name of the manual is enough to rile civil libertarians: “The Art of Deception: Training for Online Covert Operations.” The tricks and tactics it promotes and explains are more than any friend of liberty should be willing to accept from agents of their own government.

In the pages of the JTRIG document obtained by Snowden and released by Greenwald, agents are instructed in ways to achieve two central goals: First, “to inject all sorts of false material onto the internet in order to destroy the reputation of its targets”; and second, “to use social sciences and other techniques to manipulate online discourse and activism to generate outcomes it considers desirable.”

Page after page, the document outlines how agents should “disrupt” the lives — online and real life — of targets, including instructions on conducting “false flag operations” online.

False flags are defined in an online dictionary as an operation “designed to deceive in such a way that the operations appear as though they are being carried out by other entities, groups or nations than those who actually planned and executed them.”

Weaving these lies, convincing people that stories they read online are legitimate news stories with the villains and heroes accurately identified, is apparently one of the priorities for the Anglophone intelligence gathering apparatus.

Need further proof that the entire intelligence community needs to be brought under strict control? Consider the guidance given on another page of the document on how to use fake photos, fake news stories, fake e-mails, etc. to create an image of a person that is absolutely untrue.

In a page entitled “Discredit a Target,” the reader/intelligence agent is given the following tips on how to effectively bring a person into disrepute:

“Write a blog purporting to be one of their victims”

It’s difficult to imagine a more unconscionable program. The activities described deserve to be shouted from the rooftops. The governments of the United States and Great Britain currently employ teams of agents whose responsibility is to ruin the lives of those individuals who’ve had the misfortune to run afoul of the establishment.

In light of these revelations, it is difficult to know what to believe and what not to believe, even when the evidence presented against someone appears “credible” or “reliable.”

Additional slides in the “Art of Deception” presentation created by the GCHQ promote similar tactics for use in bringing down companies that find themselves in the surveillance community’s crosshairs.

As Greenwald reports, in one of the slides, GCHQ admits that both the tactics and the targets of this program push the boundaries of legal surveillance activities. Greenwald writes:

Critically, the “targets” for this deceit and reputation-destruction extend far beyond the customary roster of normal spycraft: hostile nations and their leaders, military agencies, and intelligence services. In fact, the discussion of many of these techniques occurs in the context of using them in lieu of “traditional law enforcement” against people suspected (but not charged or convicted) of ordinary crimes or, more broadly still, “hacktivism,” meaning those who use online protest activity for political ends.

To put a finer point on this program, government agents are conducting operations specifically designed to discredit and defame people that have never been accused of any crime! Any person who has any sort of online presence is a potential target for the creation of a malicious and completely manufactured cyberattack that will cause readers, friends, family, and customers doubt the trustworthiness of the target.

After exposing all this information, Greenwald asks a very pertinent question: “Who would possibly trust a government to exercise these powers at all, let alone do so in secret, with virtually no oversight, and outside of any cognizable legal framework?”

Every day that passes without putting the pause on these programs and imposing some oversight by Congress on such activities, another brick is stacked on the wall of surveillance that is being constructed around the United States and other countries.

Now, with the information reported in this article in mind, Americans, Britons, and others are not only under surveillance by the secret intelligence agents, but those agents are anonymously weaving a web of seemingly credible deceptions designed to destroy the lives of the targets — people innocent of any crime.

Furthermore, this article reveals that those whose lives are ruined by these schemes are not traditional targets of government cyberattacks, but are individuals without any ties to terrorism whatsoever.

Which individual or group will be the next to have their reputations obliterated by the tampering of technologically advanced government agents?