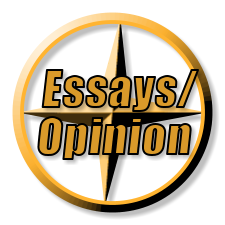 In political discourse it is often difficult to determine which side of a story to believe. The tendency to distrust all politicians is only slightly stronger than our tendency to take the claims of “our” politician at face value. Negative attacks have a valuable role to play when they illustrate issues that voters need to know about a candidate. Unfortunately, negative attacks that lack substance are often just as effective as those that point out real problems.

Politically nuanced speech is one of the many things that drive a lot of us crazy about politics. It makes it more difficult than it should be to determine if our candidate is taking the fight to the opponent, or simply trying to manipulate us with misleading statements, or by raising the fog of doubt. That difficulty is why we have a responsibility to dig into negative attacks that may look reasonable on the surface.

There is something fundamentally wrong with attempts to manipulate voters with misleading statements and allegations. An unsupported negative attack is not simply an act of aggressive campaigning directed by one candidate toward another – it is a betrayal of the public trust and a sign of disrespect for the very constituents the candidate is asking for the privilege to serve. It is not appropriate, and it is definitely not conservative, for a candidate to maneuver people into doing what he “knows” is best for them.

The charges below are taken directly “as printed” from Lou Gigliotti’s campaign brochure and internet postings. Since Mr. Gigliotti is continuing to publicly assert these charges against John Ratcliffe in support of Ralph Hall in the U.S. congressional runoff for Texas’ 4th district it is worth taking a moment to critically deconstruct the charges in search of substance:

Charge 1 – “Raised in Chicago”
This will be the only charge in the list that is clearly true and unadulterated. Ironically, the charge is made by a candidate that is a native New Yorker that has lived just over half of his life outside of Texas. I’d prefer a candidate with Texas roots, but being raised in New York is not a disqualification, and neither is being raised in Chicago. But scary things, like Al Capone and Barack Obama, come from there so we’re supposed to vote against things from Chicago (but not New York).

Charge 2 – “Left Dept. of Justice to join the Ashcroft Group just months after a $52 Million Dollar, no bid Contract, was handed to them, from the same Dept. of Justice.”
Ratcliffe never received a Presidential appointment to the U.S. Attorney position. He served as interim U.S. Attorney following the resignation of Matt Orwig. Upon Rebecca Gregory’s appointment to the position, Ratcliffe went to work in the private sector. The timing of the appointment of Rebecca Gregory had nothing to do with the award of the Zimmer Holdings monitoring contract to Ashcroft. This is a classic political attack intended to create doubts in the minds of voters. “A” happened, then “B” happened, so “B” must have been caused by “A”. It’s a logically nonsensical ploy, but it has proven to be an effective political tool.

Charge 3- “Used his position in the DOJ to punish East Texas employer Pilgrims Pride. Fined them $4.5 million. That comes to 180 full time, high paying, jobs that the 4th district could have had.”
The crucial information left out of this charge is that these fines were penalties resulting from the hiring of hundreds of illegal aliens. The charge that a $4.5 million dollar fine cost hundreds of legal 4th district jobs is just silly. Pilgrim does about $8 billion a year in revenue and employs about 40,000 people. The fine was not significant to the company’s bottom line. These penalties, when coupled with the negative press the company received, encourage the hiring of more legal employees. This action by Ratcliffe is consistent with the type of immigration related enforcement activity that all of the primary challengers supported on the campaign trail. It’s the kind of action that earned Ratcliffe the endorsement of the Minuteman Project.

Charge 4 – “Law Partner is Johnny Sutton, famous for jailing 2 US Border Guards while granting immunity to Mexican Drug Smuggler.”
I personally take issue with the actions of Sutton in this episode, but John Ratcliffe is not Johnny Sutton. None of us want to be held accountable for the actions of our coworkers. John Ratcliffe did not jail Ramos and Campean, or grant immunity to Adrete-Davila for testimony. This is just a political playbook 101 guilt by association charge.

Charge 5 – “Ratcliffe is trying to buy the election.”
All 5 of the primary challengers in this race spent what they could afford. As the candidate that probably spent the least, I could make the charge that any of the others was trying to buy the election. And it would still be nonsense. A campaign worker for one of the other candidates once said to me “If you had a race-car you’d use it too.” I’m not sure about the race-car thing, but I am reasonably confident that if the other candidates had more money to spend, they would have spent more to win the election.

Charge 6 – “It is obvious that Jody does not know about or have concerns about the solid connections that Ratcliffe has to a top 10 Lobbying firm, The Ashcroft Group.”
This is the only charge in the list that doesn’t come from the campaign brochure. The charge was made on-line in response to Texas State Representative Jodie Laubenberg’s endorsement of John Ratcliffe in the runoff. In the age of “Google” charges like this are pretty easy to debunk. There may be some politically nuanced way to twist The Ashcroft Group into a “top 10 Lobbying firm”, but it would be a real stretch. The Ashcroft Group employs one lobbyist (who isn’t John Ratcliffe) and reported less than $200,000 in lobbying activity in 2013 (according to opensecrets.org). They wouldn’t rank among the top 100 lobbying firms. Just for perspective, Texas Instruments (the company I work for) employed 4 full time, and 10 contract lobbyists and had over $1.7 million in 2013 lobbying activity. TI is not a top 10 lobbying firm, and neither is The Ashcroft Group. I’m not a lobbyist, and neither is John Ratcliffe.

Mr. Gigliotti has been clear that his agenda in supporting Congressman Hall is simply to leave his foot in the door to run again in 2016. That clarity is commendable, and it is time to provide clarity to these other statements and accusations. If Mr. Gigliotti has information that the voters of District 4 need to be aware of about John Ratcliffe, it is time to present specific details without the political nuance. We are all better served by information that puts the interests of the voters first, and the politicians last.

0 thoughts on “Deconstructing Claims About Ratcliffe”