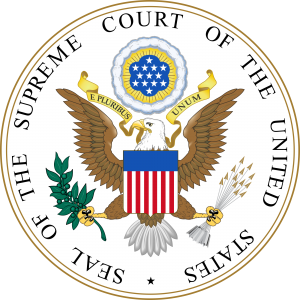 On Tuesday the Supreme Court will begin hearing arguments in Sebelius v. Hobby Lobby, a case that is likely to have significant ramifications for freedom of religion under the First Amendment.

David and Barbara Green, the owners of Hobby Lobby, a nationwide chain of more than 500 arts and crafts stores employing more than 13,000 people, run their business according to their Christian faith. Accordingly, among other things, they close those stores on Sundays. When the ObamaCare mandate required health plans to provide contraceptives (such as the morning-after pill and other devices that may cause early abortions), the Greens objected, according to their faith. They said:

The Green family’s religious beliefs forbid them from participating in, providing access to, paying for, training for, training others to engage in, or otherwise supporting abortion-causing drugs and devices.

They filed suit and the Tenth Circuit Court of Appeals granted them a preliminary injunction, issuing a sweeping decision in favor of the Greens. The court held that for-profit businesses, just as individuals, can engage in religious exercises, and therefore the ObamaCare mandate violates their rights under the First Amendment.

To add weight to its argument and its decision, The Tenth Circuit Court also said that the mandate violates an act passed nearly unanimously by the Congress and signed into law in 1993 by President Bill Clinton — the Religious Freedom Restoration Act, or RFRA. That law requires “strict scrutiny” to be used when determining whether the First Amendment has been violated. It also provides two exceptions, allowing abrogation of that amendment only in the face of the “furtherance of a compelling government interest” and only when that abrogation is the “least restrictive way” in which to obtain that interest. RFRA defines “religious exercise” broadly as “any exercise of religion, whether or not compelled by, or central to, a system of religious belief.”

The only problem is that neither the First Amendment nor the RFRA defined exactly who may exercise those religious beliefs, and the Supreme Court, until now, has not directly addressed the issue as to whether for-profit corporations may do so.

Norman and Samuel Hahn, the founders of Conestoga Wood Specialties in East Earl, Pennsylvania, have nearly the same beliefs, and the same concerns, as the Greens. Their company makes wood doors and components for kitchens and baths, and has seven factories in five states, employing about 2,100 people. Its lawsuit wound up in the Third Circuit Court of Appeals, with a much different result. The court held that corporations are “artificial beings, invisible, intangible and existing only in contemplation of law” and as a result they could not exercise a “human right” like that guaranteed in the First Amendment. It also found, under RFRA, that the ObamaCare mandate did not substantially burden the Hahns’ exercise of their religious faith.

In the Conestoga case, the court reached to the Supreme Court’s Citizens United decision in 2010, which held that under the First Amendment the federal government could not prohibit corporations from spending money for political purposes in exercise of their First Amendment rights. The court claimed that because in Citizens United no mention was made of exercising religious rights, that case could not be used to defend the Hahns.

More than 90 lawsuits have been filed over the ObamaCare contraception mandate, with friend-of-the-court (amicus curiae) briefs offered in the case from numerous religious groups as well as 21 states and 107 members of the House and Senate.

Lawyers for Hobby Lobby and Conestoga are clear about what is at stake. Hobby Lobby’s lead attorney, Kyle Duncan, declared,

The filing demonstrates in no uncertain terms that the government’s efforts to strip [the Green] family business of its religious rights represent a gross violation of the Religious Freedom Restoration Act and the First Amendment.

We are hopeful that the Supreme Court will uphold the 10th Circuit’s strong affirmation of the Greens’ rights to live out their deeply held beliefs in every aspect of their business.

Said Matt Bowman, a lawyer for Conestoga: “This case is entirely about whether the government can coerce families of faith to buy these life-destroying products and coverage for other people.”

As an early indication of how the Supreme Court might rule in the case (due later this summer), in late January the entire court ordered an injunction against the government which was proceeding to harass the Catholic group Little Sisters of the Poor for not signing onto the mandate. That injunction not only protected them but more than 400 other Catholic organizations. Prior to that decision, injunctions had been awarded to 18 other similar cases where plaintiffs had requested relief from the mandate.

Former Rep. Bart Stupak (D-Mich.) has weighed in on the side of the Green and Hahn families. Stupak, it will be remembered, caved in and voted for ObamaCare when President Obama promised to sign an executive order barring federal funding of abortion through the new healthcare law. Stupak was the final vote needed in the House to pass the ObamaCare. He wrote:

As a private citizen, I’m proud to stand with the Green and Hahn families and their corporations, Hobby Lobby and Conestoga Wood, in seeking to uphold our most cherished beliefs that we, as American citizens, should not be required to relinquish our conscience and moral convictions in order to implement the Affordable Care Act.

If the court upholds the Tenth Circuit’s decision, it will not fatally wound ObamaCare. But it will serve as another reminder that the law is one more egregious attempt to override individual (and corporate) rights protected by the First Amendment and by Congress’ clear intent as expressed in the Religious Freedom Restoration Act.