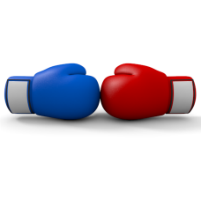 Recently, Cadillac introduced their ELR, a luxury plug-in hybrid, in a commercial that extolls the “American work ethic” – and the consumerism that usually follows it – at the expense of countries that take the entire month of August as vacation. Many people think the video actually extols the hyper-consumerism of America, but it’s been watched over a million and a half times on YouTube over the last couple months. 81 of the vehicles were purchased in March, and there are over 1000 scattered in Cadillac showrooms around the country – about a year’s supply.

Ford responded with a commercial for their new C-Max Energi Hybrid that pushes our “sustainability” buttons. The scenery, pacing, and dialog are obviously aimed straight at Cadillac’s video, and the Ford video has had almost a million hits in its first week on YouTube. Ford sold 2,295 C-Max Hybrid and Energi vehicles in March.

Of course, both ads are an attempt at both marketing and branding, and each does a good job of showing how their product affirms the life-style of its target audience. Watching them together makes comparisons like greed vs. green easy, but at the core, it’s capitalism vs. capitalism.

Here are both ads – which one do you like better? Why?