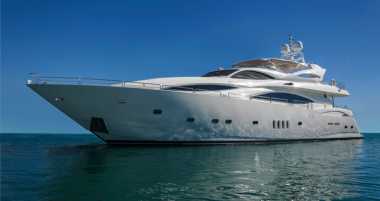 by  Warren Mass
Originally appeared in The New American.
Used with express permission.

An April 9 report by Martin Gilens, a professor of politics at Princeton University, and Benjamin Page, a political science professor at Northwestern University, finds that the majority does not rule in the United States. The researchers further conclude “that if policymaking is dominated by powerful business organizations and a small number of affluent Americans, then America’s claims to being a democratic society are seriously threatened.”

Since the report’s conclusions fit the definition of an oligarchy — a form of government in which power rests with a small number of people — many journalists immediately seized on that term to describe Gilens’ and Page’s findings. And while the authors did refer to the term in their report (e.g., “Most recently, Jeffrey Winters has posited a comparative theory of ‘Oligarchy,’ in which the wealthiest citizens — even in a ‘civil oligarchy’” like the United States — dominate policy concerning crucial issues of wealth- and income-protection”) they did not, themselves, use the term to describe the current U.S. power structure.

When journalist Matt Phillips of the Quartz news commentary website asked Gilens about the accuracy of the media’s use of oligarchy to describe the report’s conclusions, the professor replied, “It’s not an unfair characterization.” But, upon further consideration, he added, “It’s a little bit alarmist.”

Whether they define the United States as an oligarchy or not — they use the term “economic elite domination” — the professors’ statements strongly point in that direction, prompting pundits to supply the presumed label. As one example, the professors wrote:

The central point that emerges from our research is that economic elites and organized groups representing business interests have substantial independent impacts on U.S. government policy, while mass-based interest groups and average citizens have little or no independent influence.

In compiling their research, the authors define and study what they consider to be the “four theoretical traditions in the study of American politics.” They label these four theories as Majoritarian Electoral Democracy, Economic Elite Domination, and “two types of interest group pluralism, Majoritarian Pluralism and Biased Pluralism.” These can be briefly defined as follows:

These constituencies are not necessarily at odds with one another, note the authors, who write, “… our evidence does not indicate that in U.S. policy making the average citizen always loses out. Since the preferences of ordinary citizens tend to be positively correlated with the preferences of economic elites, ordinary citizens often win the policies they want, even if they are more or less coincidental beneficiaries rather than causes of the victory. (Emphasis in original.)

One statement made by the authors recognizes that our Founders structured our republican (though they do not label it as such) form of government to check the excesses of democracy (which they likewise do not specifically address):

A final point: even in a bivariate, descriptive sense, our evidence indicates that the responsiveness of the U.S. political system when the general public wants government action is severely limited. Because of the impediments to majority rule that were deliberately built into the U.S. political system — federalism, separation of powers, bicameralism — together with further impediments due to anti-majoritarian congressional rules and procedures, the system has a substantial status quo bias. Thus when popular majorities favor the status quo, opposing a given policy change, they are likely to get their way; but when a majority — even a very large majority — of the public favors change, it is not likely to get what it wants. (Emphasis in original.)

While recognizing that the impediments to majority rule (democracy) were deliberately built into the U.S. political system, the authors present an obvious pro-democracy bias that is far from unusual in our current society:

In any case, normative advocates of populistic democracy may not be enthusiastic about democracy by coincidence, in which ordinary citizens get what they want from government only when they happen to agree with elites or interest groups that are really calling the shots.

Media reports of the Princeton-Northwestern paper were quick to portray it as an epitaph for democracy, which has been replaced by an oligarchy, as though these two extremes were the only workable forms of government. Missing from these articles, as well as the research paper, itself, is a serious look at the form of government our Founders gave us, which Benjamin Franklin described to a Mrs. Powel of Philadelphia. When she asked Franklin as he emerged from the Constitutional Convention of 1787: “Well, Doctor, what have we got, a republic or a monarchy?” Franklin responded, “A republic, if you can keep it.”

The impediments to majority rule (democracy) that, as Gilens and Page note, were deliberately built into the U.S. political system — federalism, separation of powers, and bicameralism — were placed there for good reason. Before the Constitutional Convention of 1787 commenced, our Founders had studied the many forms of government found throughout world history. Stressing the importance of maintaining the rule of law (a republic) over simply the will of the majority (democracy), Jefferson said: “In questions of power, let no more be heard of confidence in man, but bind him down from mischief by the chains of the Constitution.”

In a debate during the Convention on the procedures for electing members to the House of Representatives, Massachusetts delegate Elbridge Gerry observed: “The evils we experience flow from the excess of democracy. The people do not want [lack] virtue, but are the dupes of pretended patriots. In Massachusetts it had been fully confirmed by experience, that they are daily misled into the most baneful measures and opinions, by the false reports circulated by designing men, and which no one on the spot can refute.”

When Jefferson returned from France, while breakfasting with Washington, he asked him why he agreed to a Senate. Senators, under the original Constitution, were appointed by the state legislatures and not popularly elected.

“Why,” asked Washington, “did you just now pour that coffee into your saucer before drinking it?”

“To cool it,” said Jefferson; “my throat is not made of brass.”

“Even so,” said Washington, “we pour our legislation into the Senatorial saucer to cool it.”

While the concerns of many that our nation may be evolving into an oligarchy may be well founded, it is not the loss of democracythat should be most feared, but the loss of our Republic.

Related articles:
The Constitution: Beacon of Hope for Restoring the Republic
Nullification vs. Constitutional Convention: How to Save Our Republic
Bicentennial Plot 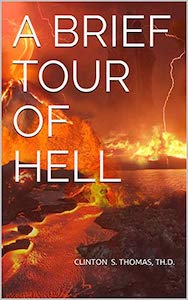