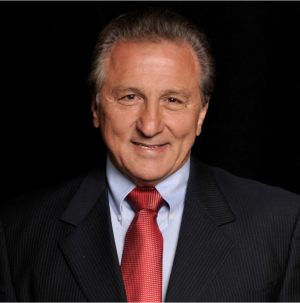 Well, it is time to reflect on this runoff election in the 4th district, and the failure to keep a squishy republican out of Congress.

Ratcliffe has a non existent conservative record, prior to running for this office, other than a “Jingo” (a better path for a brighter future) Ratcliffe actually used the same Jingo in his press release after winning? Is it possible that he has NO conservative agenda that he wants to implement?

Couldn’t Ratcliffe have said something like, “Now is the time to get my plan in gear to shrink government” or “Now the real work starts. Reducing the size of Government will not be easy but I am ready to go to Washington to give it my all!” Well the answer to that is a resounding… NOPE. He is stuck in Campaign Jingo mode with no plan and no principles to apply, so what is his point?

I guess Ratcliffe is “pointless”. We will see.

This entire Primary process was a vote AGAINST Ralph Hall and incumbency, not a vote for Ratcliffe since he has no real record. What he had was money and a slick DC campaign staff, a bland message and a disgruntled electorate at the thought of having a 91 year old Congressman, no matter how good Ralph Hall was. Oh, Did I mention money?

Over 20,000 primary voters stayed home for the runoff which is disgraceful. Now the entire district will have to watch and see exactly what the “Better Path” really means. (yep, sounds conservative to me)

Now we will have to watch to see how the guy with all the nefarious connections actually votes. Will he wait till the end of each vote to see if his vote matters so he can vote conservative to save face? Will he lead any fight to shrink government? At 48 he should be as tireless as Ralph Hall at 91 years old, but I doubt it.

We must all hold his feet to the fire and see what his “Brighter Future” really means as well. Is it just brighter for his future, or the 4th district?

Slick campaign jingoes work well, in campaigns, but in real life, and in the real Congress with pressures mounting to grow government, we have to see where the guy from Chicago takes NE Texas. Is the reality of Texas becoming a Blue State already hitting NE Texas?

Have we tossed out an elderly Conservative Statesman, to elect exactly the kind of Congressman that we hate? Time will tell.

***Note to Conservative pundits, activists and power brokers……DO NOT WAIT SO LONG TO ENDORSE a real conservative so we don’t end up with a Chicago Lawyer like we just did! And note to other Conservative bloggers, DO your homework before endorsing a Rino and calling him Conservative! I plan to remind you all.

I offer my sincere thanks to Ralph Hall for his dedication and service as a conservative in both parties. I never voted for Ralph until he switched to Republican and I told him that. Everything happens for a reason, but the reason is not clear at the moment.

Keep your score cards up to date on Ratcliffe’s votes and what he pushes for in Congress (or what he fails to push for).

We shall not be duped for long.

0 thoughts on “Elections have Consequences”