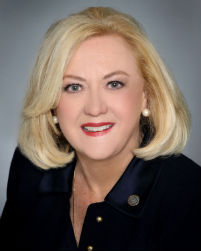 Press Release: Kathie Glass, Libertarian for Texas Governor, just completed the initial outing of her tour bus. The Campaign’s goal is to visit each of the 254 counties in Texas before the November election – the “Texas 254 Tour.”

Kathie Glass had this to say about living on a bus for six days: “We learned a lot from this first time out — how to eat and sleep on a bus and still be ready to stop, meet people, and give interviews at the drop of a hat. That pace requires adjustments, and we showed that we are ‘up to the task’ (the motto of the Texas State Guard).”

Public response to Kathie’s campaign in general and the bus in particular was nothing short of overwhelming. Some were delighted to learn about Kathie for the first time. Others had long followed Kathie and were excited to actually get to meet her.

“This tour reinforced my belief that Texans know that we are losing our liberty and Texas itself to an increasingly tyrannical federal government,” Kathie Glass said. “Texans know that Washington is broken and the two party system is corrupted by special interests. Texans want to resist this federal tyranny, but also know that to do so we need a governor with the vision, the plan, and the guts to see it through.”

As more and more Texans meet Kathie, they know that she is the leader Texas needs.

Next bus stop is at noon this Saturday, May 31 at San Antonio’s Mission Park for the “Pull the Plug on the NSA” rally.