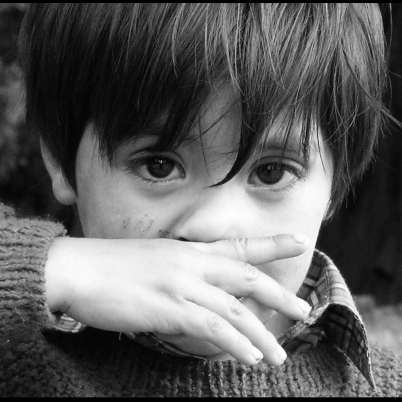 By Warren Mass
Originally appeared in The New American.
Used with express permission.

As a large number of unaccompanied children continue to illegally cross the border into south Texas, the Obama administration has resorted to unorthodox methods to deal with the problem. These include housing the detained children at U.S. military bases and simply shipping the overflow to other states, mainly Arizona.

Britain’s Daily Mail reported on June 10 that the Obama administration plans to establish facilities to house children who have migrated illegally into the United States without parents or relatives at Fort Sill, Oklahoma. Senior administration officials, who asked not to be identified, told reporters that the facilities at Fort Sill will initially be used to house 600 “unaccompanied minors,” but eventually will be expanded to accommodate up to 1,200.

The Fort Sill housing facilities will supplement similar quarters the Obama administration has opened at Lackland Air Force Base in San Antonio, Texas, and Naval Base Ventura County near Oxnard, California.

In recent months, what has been described as a tidal wave of unaccompanied children mostly from Honduras, El Salvador, and Guatemala has come across the border illegally, only to be arrested by Immigration and Customs Enforcement (ICE) officials. They usually have come trying to join a parent who is already here illegally. However, The Department of Homeland Security said in a statement to CNN that many of the youthful illegals have come here on their own, having neither relatives in this country with whom they might be reunited nor anyone back home to take custody of them were they to be deported. It is also possible that some of these children will not reveal the names of their parents who are here illegally, for fear their parents might be arrested and deported.

ICE officials, according to policy, do not keep children in detention. They are, instead, transferred to the Department of Health and Human Services’ Office of Refugee Resettlement to be housed in shelters, including those on the military bases and elsewhere, with the objective of reuniting them with parents or guardians. However, if their parents are here illegally and hiding from authorities, that may be a nearly impossible task.

With the numbers of minor illegal immigrants reaching crisis proportions, the Obama administration is frantically searching for a way to extricate itself from this sticky situation, which does not help its case for “immigration reform.” Reuters has reported that the administration is seeking about $2 billion for HHS to administer this influx in fiscal 2015, which begins on October 1, which is more than double the $868 million appropriated for this function this year.

That is not the only area where the administration has asked for more money to deal with the problem of unaccompanied children who have come to America illegally. We wrote recently that on June 2, the White House issued a presidential memorandum directing the secretary of Homeland Security to establish an interagency “Unified Coordination Group” which will be created, said President Obama, in “response to the influx of unaccompanied alien children across the southwest border.”

In response to the administration’s announcement, Senator Jeff Sessions, (R-Ala.) posted a statement about the crisis on his Senate webpage on June 3, which read read, in part:

The rising crisis at the border is the direct and predictable result of actions taken by President Obama. He and his Administration have announced to the world that they will not enforce America’s immigration laws, and have emphasized in particular that foreign youth will be exempted from these laws. The world has heard the President’s call, and illegal immigrants are pouring across the border in pursuit of his promised amnesty. President Obama is responsible for this calamity, and only by declaring to the world that our border is no longer open — and that the law will be restored — can this emergency be stopped.

Sessions noted that even the editorially liberal New York Times has reported that the Obama administration’s lack of enforcement has become widely known throughout Latin America, saying that it might as well hang a sign saying “open” across the U.S. border.

Documentary filmmaker and entrepreneur Dennis Michael Lynch (producer of They Come to America and They Come to America II) spoke about this crisis with Fox News host and commentator Megyn Kelly on June 9, stating, “Entire villages are emptying out and coming from Central America through Mexico to the United States.” He called the influx so far just “the tip of the iceberg.”

Also on June 9, Kelly invited former New Jersey Superior Court Judge Andrew Napolitano to speak about the unaccompanied children crisis on her program, The Kelly File. Napolitano pulled no punches on putting the blame squarely on Obama for not enforcing present immigration law: “The president of the United States personally and directly caused this with a telephone and a pen,” Napolitano said, explaining that Obama has been encouraging illegal immigration.

Continuing with his take on the administration’s $2-billion request from Congress to fix the problem that his administration’s lax enforcement problems created, Napolitano said, “This may energize the president’s base for the November elections, but this will totally alienate independents and middle Americans who will have to pay for this.”

An AP report explained some of the logistical difficulties contributing to the challenge of dealing with illegal immigrants from Central America.

A prime difference between recent illegal immigrants and those coming here years ago is that Hondurans, Salvadorans, and Guatemalans now make up about 75 percent of illegals caught in South Texas, whereas previously most people who crossed the border illegally originated in Mexico. Deporting someone back to Mexico involved only busing them as far as the border, while deporting someone to Central America requires putting them on a government flight back to their homeland, a much more expensive and time-consuming proposition.

When many of the illegal immigrants are minors, the problem is compounded, since ICE has no one to ship them home to. However, ICE’s (and DHS’s) alternate plan of action has proven to be disastrous. Many are flown to states other than Texas, where they were apprehended. One major destination is Nogales, Arizona, where about 700 such children currently sleep on plastic boards in a warehouse operated by the Border Patrol.

A Reuters news report on June 9 noted that nearly 1,000 unaccompanied minors had been sent from overflowing facilities in southern Texas to the warehouse building in Nogales.

“As long as the flow continues at this rate in Texas, they are going to continue to send people here,” said Andy Adame, a border patrol spokesman in Tucson, Arizona. “There’s no doubt about it.”

A question that we have seen no one raise, much less answer, is how these thousands of children from poor areas of Central America manage to find their way — en masse — about 1,800 miles through Mexico’s rough roads to arrive in south Texas. While we cannot determine who is coordinating and assisting with their efforts, it is obvious that these children did not accomplish this Herculean feat all on their own.