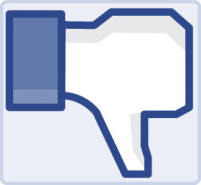 Did the Defense Department pay Facebook to manipulate the emotions of users without their knowledge?

For those unfamiliar with Facebook’s latest apparent participation with the Pentagon (we know Facebook has helped the NSA, which falls under the Pentagon’s authority), here’s a summary published by Wired:

For one week in 2012, Facebook altered the algorithms it uses to determine which status updates appeared in the News Feed of 689,003 randomly selected users (about 1 of every 2,500 Facebook users). The results of this study were just published in the Proceedings of the National Academy of Sciences (PNAS).

As the authors explain, “[b]ecause people’s friends frequently produce much more content than one person can view,” Facebook ordinarily filters News Feed content “via a ranking algorithm that Facebook continually develops and tests in the interest of showing viewers the content they will find most relevant and engaging.” In this study, the algorithm filtered content based on its emotional content. A post was identified as “positive” or “negative” if it used at least one word identified as positive or negative by software (run automatically without researchers accessing users’ text).

Users were not aware of their “participation” in the mind-control experiment and were never afforded an opportunity to opt out of the study. As Wired explained, “The closest any of us who might have participated in Facebook’s huge social engineering study came to actually consenting to participate was signing up for the service.”

It’s despicable that Facebook would abuse the trust of users in this manner and meddle with users’ mental state in a Kafka-esque experiment, but the story becomes more sinister when one digs a little deeper into the source of the funding for the study.

Two of the three authors of the paper that reported the findings of the research are employed by the University of California-San Francisco and Cornell, respectively. Why does this matter?

The original press release issued by Cornell reported that “The study was funded in part by the James S. McDonnell Foundation and the Army Research Office.” As soon as this little admission against interest started stoking fires of controversy, Cornell retracted the story, insisting that “the study received no external funding.”

This is hard to believe, particularly in light of the known participation of Cornell and its professor of Communication and Information Science, Jeffrey Hancock, with a hush-hush Pentagon study of social media and how to manipulate it. As The Guardian reported a couple of weeks ago:

A US Department of Defense (DoD) research programme is funding universities to model the dynamics, risks and tipping points for large-scale civil unrest across the world, under the supervision of various US military agencies. The multi-million dollar programme is designed to develop immediate and long-term “warfighter-relevant insights” for senior officials and decision makers in “the defense policy community,” and to inform policy implemented by “combatant commands.”

Launched in 2008 — the year of the global banking crisis — the DoD ‘Minerva Research Initiative’ partners with universities “to improve DoD’s basic understanding of the social, cultural, behavioral, and political forces that shape regions of the world of strategic importance to the US.”

Among the projects awarded for the period 2014-2017 is a Cornell University-led study managed by the US Air Force Office of Scientific Research which aims to develop an empirical model “of the dynamics of social movement mobilisation and contagions.” The project will determine “the critical mass (tipping point)” of social contagions by studying their “digital traces” in the cases of “the 2011 Egyptian revolution, the 2011 Russian Duma elections, the 2012 Nigerian fuel subsidy crisis and the 2013 Gazi park protests in Turkey.”

Twitter posts and conversations will be examined “to identify individuals mobilised in a social contagion and when they become mobilised.”

For more on the connection between Hancock, Cornell, and the Defense Department, consider this story:

In the official credits for the study conducted by Facebook you’ll find Jeffrey T. Hancock from Cornell University. If you go to the Minerva initiative website you’ll find that Jeffery Hancock received funding from the Department of Defense for a study called “Cornell: Modeling Discourse and Social Dynamics in Authoritarian Regimes”. If you go to the project site for that study you’ll find a visualization program that models the spread of beliefs and disease.

Cornell University is currently being funded for another DoD study right now called “Cornell: Tracking Critical-Mass Outbreaks in Social Contagions” (you’ll find the description for this project on the Minerva Initiative’s funding page).

As explained above, it’s not as if this cringe-worthy collaboration between the social media giant and agents of the federal government is anything new.

Facebook is known to have participated in PRISM. Under PRISM, the NSA and the FBI are “tapping directly into the central servers of nine leading U.S. Internet companies, extracting audio, video, photographs, e-mails, documents, and connection logs that enable analysts to track a person’s movements and contacts over time,” as reported by the Washington Post.

The joint venture has been functioning since 2007, but came to light only in a PowerPoint presentation that was part of the cache of documents leaked by Edward Snowden.

Snowden claimed that the program was so invasive that “They [the NSA and the FBI] quite literally can watch your ideas form as you type.”

According to the information Snowden released, Facebook gives the government access to the private information of millions of users.

In 2012, the National Operations Center (NOC), a part of the Department of Homeland Security, recently released its Media Monitoring Initiative giving itself permission to “gather, store, analyze, and disseminate” data on millions of users of social media, primarily Facebook, Twitter, and YouTube. NOC agents track the online movements and postings of every level of writer or commentator, from Brian Williams to nearly anonymous bloggers.

This is very disturbing. Between the Minerva Initiative and this latest apparent collaboration between Facebook and the Pentagon, the U.S. government (specifically, the armed forces) is studying “risks and tipping points for large-scale civil unrest” and ways to fiddle with the feelings of the millions of Facebook users.

Finally, could there be any correlation between the goals of this manipulation of emotions and the latest features installed in Facebook’s mobile application? Not only would Facebook, using money from the Pentagon, be able to use complex algorithms to know where users are psychologically, but it could track their physical location, as well.