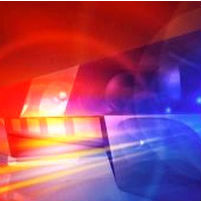 From the Arkansas State Police:

The summer travel season is already underway and many Arkansans are preparing to be on the road during the Fourth of July holiday. Unfortunately these celebrations can take a tragic turn when a person decides to drive a motor vehicle under the influence of alcohol or ignore the posted speed limit.
In order to promote safer travel, the Arkansas State Police and other state and local law enforcement agencies will join forces in a special crackdown targeting drunk driving and speeding violations beginning June 28th and continuing through July 14th.
“The Fourth of July has proven to be one of the deadliest holidays on Arkansas highways and in many instances, drunk driving has been the cause of these deaths,” said Colonel Stan Witt, Arkansas State Police Director and Governor’s Highway Safety Representative. “We want everyone to drive sober and obey the posted speed limit. That’s why we’re focusing on the ‘Drive Sober or Get Pulled Over’ and ‘Obey the Sign or Pay the Fine’ campaigns during this holiday period.”
Law enforcement agencies across the state will increase sobriety checkpoints and speeding patrols as part of the two week enforcement operation. Officers are prepared to arrest drunk drivers and ticket speeders to ensure roadways are safer.
“Safety is our primary concern, not just for drivers and passengers, but for others on the road such as pedestrians and workers in construction zones,” said Colonel Witt. “We hope all Arkansans have a great summer and holiday, but we are asking everyone to drive responsibly.”
There were 552 traffic fatalities on Arkansas roadways during 2012. Twenty-six percent, or 143 of those fatalities involved a driver or motorcycle operator with a blood alcohol concentration (BAC) of .08 or higher. Speeding was a contributing factor in 76 of the total fatalities or almost 14 percent.
The Arkansas State Police Highway Safety Office recommends that everyone buckle up and drivers should always obey the posted speed limit. Anyone who plans to consume alcohol should designate a sober driver before traveling. Calling a friend or taxi for transportation after consuming alcohol is another safe way to avoid an arrest or worse, being involved in a deadly crash.
The law enforcement crackdown is funded by federal traffic safety funds through the Arkansas State Police Highway Safety Office and runs concurrently with a media campaign that will remind motorists, “Drive Sober or Get Pulled Over” and “Obey the Sign or Pay the Fine.” For more information on the campaigns, visit www.TrafficSafetyMarketing.gov or contact the Arkansas Highway Safety Office at (501) 618-8136. For more on Arkansas’ ongoing Toward Zero Deaths campaign to eliminate preventable traffic fatalities, visitwww.TZDarkansas.org.

From the Texas Department of Public Safety:

The Texas Department of Public Safety (DPS) will increase DWI patrols for an 11-day period that includes the July 4th holiday. Through July 7, DPS troopers will focus DWI patrols in high-risk locations at times when alcohol-related crashes are most frequent.

“As we prepare to celebrate the Fourth of July, DPS urges Texans to do their part to help keep our roadways safe during the holiday,” said DPS Director Steven McCraw. “Individuals should always designate a sober driver or find other means of transportation if they plan to drink alcohol. During the holiday, DPS troopers will be performing increased patrols aimed at protecting all travelers and removing dangerous drivers from the road.”

The increased patrols that target impaired driving are funded through a grant from the Texas Department of Transportation (TxDOT). During the 2013 July 4th enforcement effort, DPS troopers made 1,124 DWI arrests, and 173 of those arrests were the direct result of the increased patrols. DPS enforcement also resulted in 720 fugitive arrests, 602 felony arrests, more than 15,700 speeding citations and more than 2,400 seat belt/child safety seat citations during this period.

According to state statistics, approximately every 20 minutes in Texas, someone is hurt or killed in an alcohol-related crash. For some alternative transportation options, visitwww.SoberRides.org.