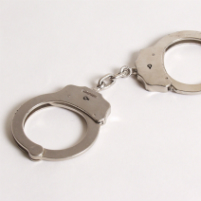 “The accumulation of all powers, legislative, executive, and judiciary, in the same hands, whether of one, a few, or many, and whether hereditary, self-appointed, or elective, may justly be pronounced the very definition of tyranny.”
— James Madison, The Federalist, No. 47

The principle of separation of powers was well-established for centuries before James Madison wrote those now famous lines. Madison, Hamilton, Jefferson, and the other members of the Founding pantheon were familiar with this core concept of self-government from reading it in Montesquieu’s seminal Spirit of the Laws, as well as from the history of Rome written in the second century B.C. by Greek historian Polybius.

Over the past several years, administrative agencies of the executive branch have grown into petty tyrannies of their own, despotic departments possessed of the sort of plenipotentiary power identified for centuries as “the very definition of tyranny.”

The New American has faithfully chronicled the efforts of these bullying bureaucrats to terrorize Americans and enforce unappealable edicts handed down by their “secretaries” and upheld as lawful by “administrative law judges” working under the same bureaucratic umbrella and appointed by and accountable only to the “secretary” of the very agency whose actions he is called upon to adjudicate.

From the Bureau of Land Management’s (BLM) seizure of Clive Bundy’s cattle and land in Nevada, to the same agency’s decades-long persecution of the Wayne Hage family farm in the same state, to the Environmental Protection Agency’s (EPA) attempt to devastate the Sackett family in Idaho, federal agencies are accumulating and exercising a level of absolute authority only dreamed of by the most despotic of Roman emperors.

In recent months, in New Mexico, the U.S. Forest Service fenced off a 23-acre section of land, preventing ranchers’ cattle from getting to a watering hole located on the tract.

Then, in Texas, the Obama administration’s Bureau of Land Management (BLM) has attempted to seize control of rich ranch land running along the Red River.

Early last month, The New American reported on the effort by the Environmental Protection Agency (EPA) to seize power to garnish taxpayer wages without a court order.

In any one of these examples our Founding Fathers would have instantly detected the rotting smell of tyranny. They would remember the words of Polybius, Montesquieu, and the imminent jurist William Blackstone, who wrote in 1765:

“It is highly necessary for preserving the ballance of the constitution, that the executive power should be a branch, though not the whole, of the legislature. The total union of them, we have seen, would be productive of tyranny.”

Advocates of this arrangement of affairs would argue that the necessary checks, balances, and separations are evident in the internal formation and function of the agencies listed above. Thomas Jefferson had an answer for that, however:

“It will be no alleviation that these powers will be exercised by a plurality of hands, and not by a single one. 173 despots would surely be as oppressive as one.”

Liberty in the United States today is not under attack from one, single identifiable despot, but from, as the White House boasts, “hundreds of federal agencies and commissions,” each of which is permitted by the president to exercise immense legislative, executive, and judicial power.

What is relevant to Americans today is the realization that such consolidation of government authority, in the hands of one (or many) agents of the federal government, is tyrannical and will eventual lead to the denial of the full panoply of rights all of which should be shielded from bureaucratic despotism.

Finally, apart from the accumulation of powers being accomplished by these alphabet agencies, there is another aspect of this growth of government that is anathema to our republican form of government.

One of the royal abuses of power in the “long train” listed by Thomas Jefferson in the Declaration of Independence seems to accurately describe these agencies’ autocratic agenda.

“He has erected a multitude of new offices, and sent hither swarms of officers to harass our people, and eat out their substance,” Jefferson wrote.

While a trio of federal senators has written a letter to the head of the EPA demanding greater congressional oversight of his agency’s actions, there is another weapon in the arsenal of liberty and constitutional limited government that can be deployed to fight this despotism.

First, it is the duty of state governors and legislators to protect citizens from the enforcement of any act of the federal government not specifically authorized in the Constitution.

As James Madison explained in the Virginia Resolution of 1798:

“In case of a deliberate, palpable, and dangerous exercise of other powers, not granted by the said compact, the states who are parties thereto, have the right, and are in duty bound, to interpose for arresting the progress of the evil, and for maintaining within their respective limits, the authorities, rights and liberties appertaining to them.”

Alexander Hamilton added in The Federalist, No. 78, “There is no position which depends on clearer principles, than that every act of a delegated authority contrary to the tenor of the commission under which it is exercised, is void. No legislative act, therefore, contrary to the constitution, can be valid.”

Nullification occurs when a state, county, city, or other local entity holds as null, void, and of no legal effect any federal act that exceeds the boundaries of its constitutional powers.

Nullification recognizes that states possess the right to invalidate any federal measure that exceeds the few and defined powers allowed the federal government as enumerated in the U.S. Constitution.

States (and their legal subdivisions) retain the right to act as arbiters of the constitutionality of federal acts because they formed the union, and as creators of the compact, they hold ultimate authority as to the limits of the power of the central government to enact laws that are applicable to the states and the citizens thereof.

Despite criticism by those who advocate for a more powerful federal government, nullification would not lead to anarchy, as it is only unconstitutional federal acts that will be subject to state invalidation.

As bureaucratic tyranny increases, so must state refusal to enforce these agency’s edicts and to deny the agents’ access to land within the state’s sovereign borders.

0 thoughts on “The Tyranny of the Federal Bureaucracy”