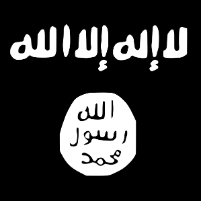 The supposed “moderate” rebels fighting Syrian dictator Bashar al-Assad — self-styled jihadists whom the Obama administration and Congress plan to supply with even more support under the guise of battling the Islamic State (ISIS) — recently signed a non-aggression pact with ISIS (also known as ISIL), according to reports from human-rights groups and French news agency Agence France-Presse(AFP). Lawmakers on Capitol Hill pointed to the news as yet another reason why supplying U.S. arms and support to Islamic forces to battle Islamic forces was a dangerous idea. The foreign-policy establishment, however, plans to proceed with arming and training jihadists anyway.

Following a vote earlier this week in the House to approve Obama’s plan to arm jihadists in Syria, the Senate just gave the administration a green light for the half-baked plot as well. Despite bipartisan opposition to the plan, senators voted overwhelmingly (78-22) to approve a broader $1 trillion appropriations bill that included authority to back what the establishment refers to as “moderate” forces in Syria. Those same allegedly “moderate” jihadists, according to the AFP and the Syrian Observatory for Human Rights, inked a deal with ISIS outside Damascus last week. The agreement was reportedly brokered by the al-Qaeda affiliate in Syria known as Jabhat al-Nusra.

The non-aggression pact between ISIS and elements of Obama’s “moderate” opposition states that “the two parties will respect a truce until a final solution is found and they promise not to attack each other because they consider the principal enemy to be the Nussayri regime,” AFP and other media outlets quoted it as saying. The term “Nussayri” is a slur used to describe the Islamic Shia denomination Alawite to which Assad and many Syrians belong. A spokesman for the Obama-backed Sunni “Free Syrian Army” (FSA) rebels had previously vowed on television to exterminate all Shia Muslims, not just Alawites.

“Syria’s armed opposition initially welcomed jihadists including Islamic State members in their fight against Assad,” the AFP reported last week in its article about the non-aggression pact. “But the group’s harsh interpretation of Islam and quest for domination of captured territory sparked a backlash against it that began in January.” As The New American has documented extensively, the “moderate” rebels have indeed worked closely with al-Qaeda, ISIS, and others — selling them weapons, collaborating on operations, and more. In fact, under the guise of training “moderates,” Middle Eastern officials quoted in media reports said Obama had actually trained dozens of ISIS fighters in Jordan.

Spokesmen for factions of the Obama-backed FSA, which has come under fire for war crimes, promising ethnic cleansing, slaughtering Christians, collaborating with al-Qaeda, cannibalism, and more, promptly denied the reports of the deal. “The threat of ISIS is omnipresent across Northern Idlib and is a threat to the Syrian people, the region, and the international community at large,” a man calling himself Jamal Maarouf, who supposedly leads an FSA-linked militia dubbed the “Syrian Revolutionaries’ Front,” claimed in a statement quoted in media reports seeking to downplay the news. “SRF remains committed to combating the terrorist threat of ISIS wherever it may be found in order to liberate the Syrian people from all threats, whether foreign or domestic.”

Separately, the self-styled “Syrian National Coalition,” a foreign-based establishment front group purporting to speak for some rebel factions, even told The Hill that “not a single” opposition force vetted by the U.S. government had entered into a truce with ISIS. The “Syrian American Council,” a Washington-based organization that claims to work with rebels and the FSA, also denied the reports of a non-aggression pact between the ever-elusive “moderate” rebels and their less-moderate anti-Assad comrades in ISIS.

However, as The New American and numerous other sources have documented extensively, it would hardly be the first time that Western-backed FSA rebels have worked with other jihadists designated as terrorists by the U.S. and European governments. Indeed, more than a few FSA commanders have publicly boasted of their cooperation with al Qaeda-linked groups and ISIS. ”We are collaborating with the Islamic State and the [al-Qaeda-linked] Nusra Front by attacking the Syrian Army’s gatherings in … Qalamoun,” commander Bassel Idriss with the Obama-backed FSA recently told Lebanon’s Daily Star newspaper.

Indeed, entire FSA brigades armed and trained by Obama and his “allies” have proudly defected to ISIS, taking all of their Western government-provided weaponry with them. Even Islamic State operatives openly tout their intimate ties with Obama’s “moderate” rebels in major international media outlets. “We are buying weapons from the FSA,” ISIS fighter Abu Atheer was quoted as saying by Al-Jazeera. “We bought 200 anti-aircraft missiles and Koncourse anti-tank weapons. We have good relations with our brothers in the FSA. For us, the infidels are those who cooperate with the West to fight Islam.”

Of course, even the most ardent supporters of showering more U.S. weapons and support on Syrian jihadists acknowledge that the rebels’ primary concern is ousting former U.S. “terror war” ally Assad — not fighting ISIS. The embattled Syrian dictator, though, has been locked in mortal combat with ISIS as well, putting the Obama administration and the autocrat in Damascus on the same side — along with the Iranian regime, Hezbollah, and other unsavory forces. The irony of it all appears to have been lost on the foreign-policy establishment.

In an almost surreal interview with Fox News host Sean Hannity this week, leading congressional warmonger Sen. John McCain (R-Ariz.) demanded even more support for what he calls “moderate” rebels. Sounding confused, McCain lashed out at Sen. Rand Paul (R-Ky.), angrily noting that the senator from Kentucky did not personally know the jihadists fighting in Syria. “Has Rand Paul ever been to Syria? Has he ever met with ISIS? Has he ever met with any of these people? No, no, no,” McCain fumed on national television, presumably meaning the FSA rather than ISIS.

Ironically, McCain himself faced an embarrassing scandal after it was revealed that Syrian “rebels” he met and posed with for photographs were actually involved in kidnapping pilgrims. The Arizona senator’s spokesman later claimed McCain did not really know whom he was meeting. Calling the incident “regrettable,” the spokesman was forced to explain that his boss does not “in any way condone the kidnapping of Lebanese Shia pilgrims.” He does, however, condone providing even more weapons to his “moderate” rebels, as he made clear again in the recent Fox interview.

Amid the Senate debate on September 18 surrounding Obama’s request for half of a billion dollars to arm and train rebels in Syria, Sen. Paul highlighted some of the potential pitfalls of the plot. “The inescapable irony is that someday the arms we supply would be used against us, or Israel,” he said on the Senate floor Thursday. “It is also ludicrous to believe that we know where all of the money, arms and ammunition will end up, or who will end up benefiting from these shipments.” In the end, though, a coalition of conservative Republicans and liberal Democrats was unable to muster sufficient opposition to kill the establishment’s half-baked plot.

The day before, members of the House of Representatives made similar arguments. “The FSA is a marriage of convenience among many Islamic factions that have a long history of collaborating with the Islamic State,” said Rep. Tom McClintock (R-Calif.) before a coalition of mostly Republicans and some Democrats voted to approve Obama’s plan. “We watched what carefully vetted security forces do. In fact, that’s the reason the Islamic State is armed to the teeth with American equipment…. We should have learned by now that alliances in the Islamic Middle East are in constant flux and an ally today is a sworn enemy tomorrow. Often our allies are our enemies.”

Rep. McClintock also noted that the first man from his district killed in Iraq was murdered by “carefully vetted” Iraqi soldiers with U.S. weapons. The most recent casualty from his district died at the hands of a “carefully vetted” member of the Afghan police armed with U.S. weapons. The congressman also pointed out that the “moderate” rebels armed by Obama would be using the weapons to fight Assad, who is also engaged in battle against ISIS — defeating the supposed purpose behind arming the rebels, which is allegedly to fight ISIS.

In case there was still any doubt about the wisdom (or lack thereof) of having the U.S. government pour more weapons into Syria, news of the pact between “moderates” and ISIS ought to make it clear. Either way, though, analysts said the latest reports illustrate the complexity of the situation in Syria and should offer pause to foreign governments already in the process of dumping more fuel on the fire. Instead of alternatively backing and then fighting terrorist groups and dictators around the world, Washington, D.C., should follow the non-interventionist advice of America’s Founding Fathers and stay out of it.

Alex Newman, a foreign correspondent for The New American, is normally based in Europe. He can be reached atanewman@thenewamerican.com. Follow him on Twitter @ALEXNEWMAN_JOU.