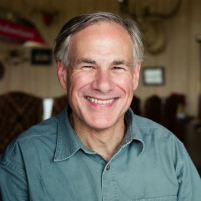 Now that we know Sen. Davis does not regret voting for President Obama, it’s important that Texans know that Sen. Davis did more than just vote for President Obama – she shares his big government, liberal agenda. From supporting expanding ObamaCare, to backing job-killing EPA regulations, to threatening Second Amendment rights, Sen. Davis is as out-of-touch with Texas as her ideological twin, President Obama.

Ad Facts For “The Obama-Davis Agenda”

In 2010, Sen. Davis Supported New, Strict Emissions Regulations Proposed By Obama’s EPA, Which Would Have Cost Billions Of Dollars Annually:

In January 2010, The EPA Proposed Enacting New, Stricter Ozone Standards By Setting The Ground Level Ozone Standard To .060 To .070 Parts Per Million, Down From .075 Parts Per Million. “The Environmental Protection Agency on Thursday proposed a stricter standard for smog-causing pollutants that would bring substantial health benefits to millions of Americans while imposing large costs on industry and local governments. … The Obama administration’s proposal sets a primary standard for ground-level ozone of no more than 0.060 to 0.070 parts per million, to be phased in over two decades. … The new rule would replace the standard of 0.075 parts per million imposed by the Bush administration over the objection of an E.P.A. scientific panel, which wanted a tighter limit.” (John M. Broder, “E.P.A. Seeks Stricter Rules To Curb Smog,” The New York Times, 1/7/10)

Sen. Davis’ Then-Chief Of Staff Dan Buda Said Davis Supported The .06 Parts Per Million Ozone Standard During A February 2, 2010 EPA Hearing In Houston. BUDA: “My name is Dan Buda, I’m legislative director for State Senator Wendy Davis and I’m here on behalf of her today. … As EPA continues to study the issues and implement policies and regulations, Senator Davis urges you towards the 0.06 parts per million standard for ozone.” (Dan Buda, EPA Public Hearing On Ozone Regulations, Houston, TX, 2/2/10, 1:25:46-1:30:37)

The EPA Estimated The Rule Would Cost Businesses $19 Billion To $90 Billion Each Year. “The agency (EPA) estimated that complying with the new standard would cost $19 billion to $90 billion a year by 2020, to be largely borne by manufacturers, oil refiners and utilities.” (John M. Broder, “E.P.A. Seeks Stricter Rules To Curb Smog,” The New York Times, 1/7/10)

NOTE: The New Regulations Were Withdrawn In 2011. “On July 11, 2011, EPA submitted a proposed final ozone rule to OMB for review. In August, the President directed OMB to return the rule to EPA without his approval.” (“Background Paper On Significant EPA Regulations Pending Or Proposed,”Business Roundtable, 11/8/13)