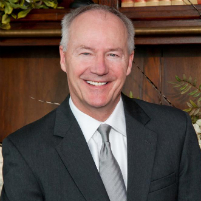 Hutchinson’s white paper on job creation through technology copies a blog post by former IGN Entertainment president and current head of Bloomberg Beta Roy Bahat. The paper likewise copies a USA Today column by Hadi Partovi that, while footnoted, fails to attribute the words themselves to Partovi.

“I have had zero interaction with the campaign. I’m just happy that technology learning is now a mainstream issue,” he said.

The Hutchinson campaign said the white paper cam from “a campaign volunteer (unpaid and not staff)” and they would be adding attribution to the article.

The Hutchinson campaign provided emails showing this to be the case.

The computer coding paper gives credit to four sources: Code.org; USA Today; McKinsey and Arkansas Business. These four sources are noted in the footnotes to the paper and were essential in providing background and specific information on the topic. The push for computer coding is not an original issue with Mr. Hutchinson but it is a national effort and the credit is properly given to Code.org and other national leaders on this important initiative.

The Hutchinson staff did not review any other blogs or know of Mr. Bahat’s writing on this subject. A campaign volunteer (unpaid and not staff) who has a background in communication and research did provide a written paper on this topic and it was represented to be his original writing. Portions of the volunteer’s research were included in the final white paper. After the campaign has reviewed and compared the document – we will be IMMEDIATELY adding attribution to our policy paper on our website.

The campaign stands by the initiative and believes computer coding is the right direction for Arkansas.

Here’s Roy Bahat of Bloomberg Beta on his blog:

There is real demand for coders – even despite overall unemployment – so learning to code produces rewards quickly.

Online marketplaces like oDesk and Elance hire starting programmers at rates as high as $15-20 an hour or more. Learning to code is one of the best paths to entrepreneurship. Coding also offers students the joy of creation and mastery of a complex skill. Code may one day be a basic workplace expectation – like emailing, or “proficient in Word.”

Learning to code, even at a high school level, produces rewards quickly.

Computer programmers start at rates as high as $15-20 an hour or more. Learning to code is one of the best paths to entrepreneurship as you can start a profitable business with little or no upfront capital. Knowing how to code may one day be a basic workplace expectation – like basic computer skills, or proficiency in various office software programs.

Code isn’t that hard to start to learn – one outsourcing firm takes people with no training and makes them full-time Java programmers in 3 months. (Of course, mastery takes tremendous talent and craft.) Coding isn’t expensive – with netbooks, cloud hosting and storage, and open source software. Beyond a certain point, coders are self-taught, and can continue to advance their skills.

The really good news is code isn’t that hard to start to learn – one outsourcing firm takes people with no training and makes them full-time Java programmers in 3 months. Learning coding isn’t expensive. Beyond a certain point, coders are self-taught, but guided by teachers.

In one instance, Hutchinson footnotes his source, but completely aggregates the words without noting not only the information but the words themselves came from the source.

The first step in solving a problem is to recognize it needs to be solved. Today, only 2% of students study computer programming. If we triple that to 6%, we’d close the gap between students and jobs, driving $500 billion in economic value to our country. This is a giant opportunity, impacting every industry (67% of these jobs are outside the tech sector).

Nationally only 2% of students study computer programming. If we triple that to 6%, we’d close the gap between students and jobs, driving $500 billion in economic value to our country. This is a giant opportunity, impacting every industry and institution.

In another case, Hutchinson aggregates the words of South Dakota Sen. John Thune.

Whether our children want to become farmers, doctors, teachers, or entrepreneurs, it’ll be easier for them to achieve their dreams in the digital age if they have some background in computer science. We need our children to learn 21st century skills for a 21st century world, and coding teaches them the creativity and problem-solving skills that are necessary for success.

Whether our children want to be farmers, doctors, teachers or entrepreneurs, they will all benefit from the creativity and problem-solving skills that are the essence of creating computer software.