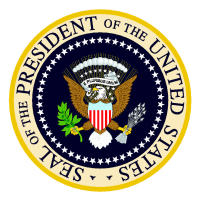 Several sheriffs across the nation, as well as an outspoken U.S. senator, have warned about the dangers that will result from President Obama’s stated plan to grant amnesty (under the guise of a “path to citizenship”) to many of the estimated 11 million illegal aliens living in the United States.

A report from Breitbart News on November 3 quoted sheriffs’ statements from Massachusetts to Arizona who warned that the Obama plan to grant amnesty by executive actions will have dire consequences.

Among those Breitbart quoted was Sheriff Tom Hodgson of Bristol County, Massachusetts, who declared:

[Amnesty] will dramatically increase the draw for illegal immigrants to come into our country, because you have the President of the United States sending out a message that we have no problem with people ignoring our immigration laws…. They’re looking for a wink and nod that says “yeah, come on in” — we’ve seen it with the DACA. It is the worst message you can possibly send…. The President’s planned [executive order] is a formula for national disaster and public safety.

Sheriff Sam Page of Rockingham County, North Carolina, in a statement provided to Breitbart News, warned that illegal immigration by executive amnesty will pose a major threat to Americans:

Human trafficking, drug trafficking and criminal activity are coming through our borders, but not staying near our borders — it’s getting into every part of the United States…. This is a public safety issue — a terrorist or any other kind of criminal may cross our borders. We just don’t know who is coming across. If the President issue his executive amnesty, you’ll see a dramatic surge of people coming in from all countries, including Central America — and again we won’t know who’s coming in: gangs, drugs, cartels, public health threats, human trafficking….

Sheriff Eddie Guerra of Hidalgo County, Texas also said that Americans should prepare for the worst:

We are going to see what I’m seeing here on the border in larger and large numbers, which is a huge increase in illegal immigration coming across our border. An amnesty order is going to create more people an incentive to come into the US. The drug cartel will exploit any opportunity to come into the United States, and this will create the cover for them to continue exploiting our porous border….

The law applies to you and [me] as citizens, and yet it appears there is no law when it comes to illegals…. The message the President’s action will send is this: if you can get to the border, you’re home free. It completely undermines the rule of law and makes the job of every law enforcement officers — which is already difficult — impossible…. Again: the border is not secure now — to give a presidential amnesty would be to make matters dramatically worse for our officers who are trying to do the job the President won’t.

In a pre-election day editorial written for Fox News, Sen. Jeff Sessions (R-Ala.) observed that “the immigration policies of President Obama and Congressional Democrats help only billionaire special interests, amnesty activists, and the citizens of other countries — while reducing jobs and pay for our own.”

He noted: “Every single Senate Democrat voted for the Obama-backed plan to provide immediate work permits to 12 million illegal immigrants — allowing them to compete for any job in America.”

Immigration lobbyists have so little regard for you, that they are meeting in secret with the White House right now to plan executive amnesty orders. These orders, planned for after the election, would implement, by executive fiat, the sweeping amnesty that was rejected by the Republican House.

Sessions identifies those who are lobbying for amnesty for illegal immigrants as: “open borders billionaires like Facebook’s Mark Zuckerberg — global CEOs who don’t think you’re entitled to the same protections their gates and fences provide them.”

On the other side of the aisle, in the House, Speaker Nancy Pelosi (D-Calif.), and Reps. Zoe Lofgren (D-Calif.), and Luis Gutiérrez (D-Ill.), wrote an op-ed in Univision, the Spanish-language television website, which asserts: “Congress and the Constitution give presidents broad authority to take executive action on immigration policy.”

In the open letter, Pelosi writes that Obama should “parole” illegal immigrants:

Another broad authority under existing law the President has at his disposal is to ‘parole’ persons into the country ‘on a case-by-case basis for urgent humanitarian reasons or significant public benefit.… [T]he President could “parole” into the country the spouses, sons, and daughters of American citizens and lawful permanent residents who face lengthy separation waiting for a visa. Doing so would not permit family members to skip the line but it would allow them to wait in line with their family until a visa number becomes available.

Because “amnesty” has becoming a politically untenable term, we frequently see its advocates substituting the phrase “a path to citizenship,” and Pelosi has now added another euphemism: “parole.”

As we have written previously, the Obama administration has already used executive actions to implement amnesty for some illegal immigrants, when Congress refused to do so. When several congresses refused to pass the DREAM (Development, Relief, and Education for Alien Minors) Act, it became administration policy in 2012 to implement DREAM by executive action through a memorandum called Deferred Action for Child Arrivals (DACA).

And Obama is far from through with such executive actions. As he said during a speech at the Congressional Hispanic Caucus Institute’s 37th Annual Awards Gala in Washington on October 2:

I’ve said before that if Congress failed to live up to its responsibilities to solve this problem, I would act to fix as much of our immigration system as I can on my own, and I meant what I said. So this is not a question of if, but when.

Since a White House statement on September 6 stating that President Obama “believes it would be harmful” to his immigration policy to announce any administrative action on immigration before this November’s elections, when the polls close this evening, the “when” that Obama promised will officially have arrived.

0 thoughts on “Sheriffs, Senator Warn About Effects of Amnesty for Illegals”