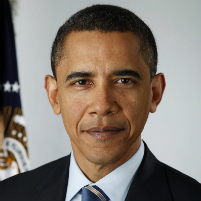 With Congress soon to be under solid Republican control following the mid-term election defeat of Democrats, the Obama administration and GOP leaders on Capitol Hill are reportedly plotting to foist a series of far-reaching “free-trade” deals on the American people. As Big Business and Big Government proponents of the controversial agenda cross party lines to advance the schemes, however, critics of the plan from all across the political spectrum are rallying to stop it. Because moves by lawmakers to grant Obama fast-track or trade-promotion authority could begin as soon as the lame-duck session currently underway, or early in the next Congress, opponents of the dangerous agreements are urging citizens to get involved now.

The U.S. Constitution, of course, grants Congress — not the executive branch — the exclusive power to “regulate Commerce with foreign Nations.” However, advocates of granting Obama wide powers to bypass the American people’s elected representatives in negotiating misnamed “free trade” pacts have been hard at work lobbying lawmakers to grant the president what is known Trade-Promotion Authority (TPA). The idea, being pushed by outfits such as the U.S. Chamber of Commerce and other crony-capitalist forces, is to hand the administration broad authority to create the agreements without input from lawmakers. Then, once the secretly negotiated deals are complete, Congress would be forced to hold a simple up-or-down vote without opportunities to change the content of the schemes.

The two primary sovereignty-crushing “trade” regimes proponents are hoping to foist on America in the near future are the Trans-Pacific Partnership (TPP) and the Transatlantic Trade and Investment Partnership (TTIP). Both would purport to “harmonize” regulations between the United States and other governments while allowing unaccountable supranational “tribunals” to overrule U.S. courts and laws. The TPP, being negotiated right now in secret, brings together a broad range of governments, including Vietnam, a brutal communist dictatorship. The TTIP, meanwhile, would harmonize regulations between the United States and the unaccountable European Union super-state that has already usurped the sovereignty of its own “member states.” Critics from across the political spectrum have warned that both deals represent a major threat to the American people.

It remains unclear if or when a vote in Congress to hand the president such authority may take place. Multiple analysts and insiders have suggested it could come during the ongoing lame-duck session. However, because of widespread opposition to the scheming among labor unions, environmental groups, and other forces traditionally associated with the Democrat party, some experts say it is unlikely that a TPA bill will be brought forward in the coming months. After that, however, with the GOP in control of both houses of Congress starting next year, that could change quickly. Incoming Senate Majority Leader Mitch McConnell has already indicated that he told Obama to “send us trade agreements.” Powerful House Republicans have also called for Obama to advance the “trade” schemes.

Meanwhile, Big Business lobbyists quoted in media reports have said they expect the TPA plot to be taken up in the lame-duck session or at least early next year when the GOP takes over the Senate. Others, though, say Obama is unlikely to receive the TPA from Congress at all. “The prospect that President Obama obtains trade authority from Congress before he leaves office is really slim,” Lori Wallach, who runs Public Citizen’s Global Trade Watch, was quoted as saying by CQ Weekly. “When it comes to trade authority, which is such a fundamental question of constitutional powers between the executive branch and Congress, you cannot assume business as usual on either side of the aisle.” Either way, critics say it is important for Americans to be on guard and working to stop the plan before it comes up for a vote.

“The battle over whether Congress will pass a Trade Promotion Authority bill in either the lame-duck session or next year in the new Congress is of the utmost importance in the ongoing campaign by many conservatives and constitutionalists to preserve our nation’s independence,” explained Director of Missions Larry Greenley with The John Birch Society, a leading opponent of “free trade” schemes that, relying on chapters in all 50 states, has played a key role in stopping similar schemes in the past. “We don’t want our nation to follow the example of Europe where 28 formerly independent nations have been deceived into surrendering their sovereignty to the European Union based on a series of so-called free trade agreements.”

Stopping sovereignty-usurping “trade” regimes is absolutely crucial to preserving American liberty, too. “If we lose our independence, we lose our rights and freedoms that have been secured for us by the U.S. Constitution for 225 years,” Greenley added in an e-mail to The New American, an affiliate of the JBS. The John Birch Society, which supports putting the federal government back into its constitutional corral, is among the many organizations across the political spectrum — including Big Labor and environmental groups — that are placing a high priority on stopping Congress from granting Obama TPA or fast-track authority to negotiate the deals.

Among other achievements in the field, the constitutionalist organization was credited with stopping a planned EU-style merger for North America by none other than the architect of the scheme, Council on Foreign Relations operative Robert Pastor. Of course, with NAFTA as the foundation having already been laid, the threat of further North American “integration” to the independence and liberty of the United States is far from dead. However, globalists in Congress and around the world are hoping the TPP and the TIPP can “supercharge” the effort to subvert American independence using pseudo-“free”-trade schemes. If Obama gets TPA from Congress, the threat increases in a major way.

In a new video exposing the dangers of the “free-trade agenda” being pushed by Obama, globalists, and many heavy-weight GOP leaders, Art Thompson, CEO of the Society, cited the Founding Fathers’ opposition to entangling alliances. “We’re not criticizing classical free-trade policy as established by [economist] Adam Smith,” explains Thompson. “However, we do criticize the present-day free-trade policy that consists of negotiating complex trade agreements, or partnerships between nations that … include provisions for managed trade as well as many other entanglements.”

As an example of the threat, Thompson, author of the recent book International Merger by Foreign Entanglements, pointed to the EU. The Brussels-based outfit began as, and was deceitfully sold to the masses as, mere “free-trade” agreements to boost commerce. Eventually, however, through a slow process of usurping greater amounts of power without public consent, the EU morphed into the full-blown super-state that now dominates the policies ruling the formerly sovereign nations and peoples of Europe.

“We can stop the free-trade agenda with your help,” said Thompson in the video, pointing to a wide array of resources developed by the Society to help citizens educate their representatives and local opinion-molders on the myriad dangers of the “trade” plan. “These trade deals threaten our national independence, our freedoms, and our economy. It is incumbent on all of us to do something about it.”

The John Birch Society is asking citizens concerned about the “free trade” schemes to contact their representatives and senators to educate them about the threat. A convenient contact form can be found on the Society’s website. The organization also offers a broad array of resources and educational tools that concerned Americans can use to help sound the alarm about the dangers posed by the “trade” agreements to the sovereignty, liberties, and economy of the United States.