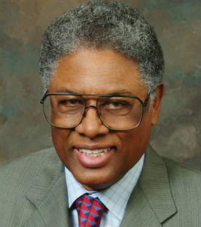 Whatever did or did not happen between Bill Cosby and various women is not likely to affect the lives of 300 million Americans. But ObamaCare does.

For both the politicians and the media, this was not just an isolated incident. Gruber’s videotaped discussions of the complicated deceptions built into ObamaCare with his help, designed to take advantage of what he called the “stupidity” of the public, are all too typical of the role played by the political left.

Neither the politicians nor the intelligentsia — including the media — want that role exposed for what it is.

Former Speaker of the House Nancy Pelosi acted as if she had never heard of Jonathan Gruber, and had no idea who he was. But she too had been caught on tape, a few years ago, citing him as someone whose support of ObamaCare was supposed to show that the “experts” knew how good it was.

President Obama gave a somewhat more sophisticated version of the same act. He pointed out that Professor Gruber was not part of his staff. But he did not mention that Gruber had been to the White House 19 times, and the Obama administration had paid Gruber about $400,000 of the taxpayers’ money for his supposedly unbiased expert opinion.

Gruber’s own statements seem to indicate that his mathematical models were enough to baffle the Congressional Budget Office in its efforts to figure out how ObamaCare works. That kind of expertise apparently does not come cheap. Moreover, the 400 grand is chump change compared to the millions that Jonathan Gruber has reportedly raked in from state governments for his expertise.

Barack Obama is currently playing the same political game of parading experts by citing a list of prominent law professors who say that he is not exceeding his Constitutional power by granting amnesty to millions of illegal immigrants.

Someone at the Fox News Channel has checked out these professors and found that every one of them whose political registration could be traced is a Democrat. But the names of these profs are still being paraded as if they were simply eminent scholars seeking the truth. Maybe. But maybe not.

Whether the issue is ObamaCare, amnesty for illegal immigrants or “global warming,” when you hear that “all the experts agree,” that may mean nothing more than that the fix is in. And “all” may mean considerably less than 100 percent — or even 50 percent.

No one can know for sure what motivated Professor Gruber to do what he did, or what motivated the media to stonewall as if he had never spilled the beans, or the liberal law professors to give Obama cover while he violated the Constitution.

But running through all of their actions seems to be a vision of the world, and a vision of themselves, that is a continuing danger to the fundamental basis of this country, whatever the specific issue might be.

Probably few people on the political left are opposed to the Constitution of the United States, much less actively plotting to undermine it. But, on issue after issue, what they want to do requires them to circumvent the three words with which the Constitution begins: “We, the people…”

Many on the left may want to help “the people.” But once you start from the premise that you know what is best for the people, better than they know themselves, you have to figure ways around a Constitution based on the idea that the people not only have a right to choose their government and control government policy with their votes, but also that there are vast areas of the people’s lives that are none of the government’s business.

Jonathan Gruber’s notion that the people are “stupid” is not fundamentally different from what Barack Obama said to his fellow elite leftists in San Francisco, when he derided ordinary Americans as petty people who want to cling to their guns and their religion. We need to see through such arrogant elitists if we want to cling to our freedom.