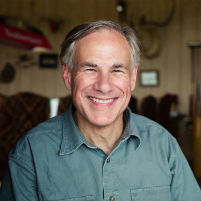 “On Election Night, I made a promise to the people of Texas to begin work immediately to keep Texas the beacon of opportunity and the best state in the nation. A promise is worth little without the right plan and the right people to turn that plan into action,” Abbott said. “I have outlined a blueprint for an even better Texas of tomorrow, and I am proud to have an experienced leadership team with the proven skills and the deep commitment needed to make my promises a reality. We are ready to get to work on Day One to ensure greater opportunity for all Texans.”

Secretary of State: Judge Carlos Cascos  – Carlos Cascos is the current Cameron County Judge, a position he was elected to in 2006. Judge Cascos is a Certified Public Accountant, Certified Government Financial Manager, and a Diplomat of the American Board of Forensic Accounting. Prior to becoming Cameron County’s top elected official, Judge Cascos was a member of the Texas Public Safety Commission, which oversees the Texas Department of Public Safety, a Cameron County Commissioner for 12 years, and was actively involved in many civic organizations. Born in Matamoros, Mexico, Judge Cascos became a permanent resident of the United States and then a citizen when he was an adolescent. (NOTE: This appointment is subject to Senate confirmation.)

Deputy Chief of Staff: Julia Rathgeber – Julia Rathgeber is the current Commissioner of the Texas Department of Insurance. Rathgeber formerly served as Deputy Chief of Staff in the Office of Lt. Gov. David Dewhurst, director of research for the Texas General Land Office, and director of the strategic assessment division for the Texas Natural Resource Conservation Commission, now the Texas Commission on Environmental Quality. Rathgeber is a member of the State Bar of Texas and received a bachelor’s degree and law degree from the University of Texas at Austin. Rathgeber will resign her current position effective Jan. 2oth to begin her service in the Office of the Governor.

Budget Director: Kara Belew – Kara Belew is Senior Counsel at the Office of the Attorney General and previously served as a Public Education Advisor in the Budget, Planning and Policy Office of the Governor under Gov. Rick Perry. Belew is a member of the State Bar of Texas and received a law degree from the University of Texas at Austin.

Senior Advisor to the Governor for the Office of First Lady: Lauren Clay – Lauren Bean Clay currently serves as the Deputy Communications Director at the Office of the Attorney General, a position she assumed in 2010 after serving as Communications Director to U.S. Representative Michael Burgess, MD, and Deputy Press Secretary for U.S. Senator John Cornyn. A native Texan, Clay is a graduate of The University of Texas at Austin.

Senior Advisor Reed Clay – Reed Clay currently serves as Senior Counsel to the Attorney General, having previously served as Texas’ Assistant Solicitor General. Prior to his service to the State of Texas, Clay was a litigator for the U.S. Department of Justice. A native Texan, Clay is a graduate of Wake Forest University and the Duke University School of Law.

Policy Director: Drew DeBerry – Drew DeBerry currently serves as Deputy Commissioner of the Texas Department of Agriculture, a position he has held since 2007. DeBerry was the national agriculture coalition director of President George W. Bush’s 2000 campaign and subsequently served as White House Liaison and then Deputy Chief of Staff at the U.S. Department of Agriculture. He was a legislative fellow in former State Senator Robert Duncan’s office during the 76th Legislative Session. DeBerry is a native of Olton, TX and holds a degree in Agricultural and Applied Economics from Texas Tech University.

Legislative Director: Randy Erben – Randy Erben served as Assistant Secretary of State and then Director of the Texas Office of State-Federal Relations under former Gov. Bill Clements before founding Erben & Yarbrough, a private law practice based in Austin. He holds a bachelors’ degree from Princeton University and a law degree from the University of Texas at Austin.

Special Assistant to the Governor: Erin Hodges – Erin Hodges is the Policy Director and Senior Advisor at the Office of the Attorney General.  After attending Southwest Texas State University, Erin began her career in former State Representative Ron Clark’s Capitol office and served as Chief of Staff for Texas State Representative Linda Harper-Brown for multiple legislative sessions.  She joined the Office of the Attorney General as a Special Assistant for Policy and Research in 2007.

Senior Advisor to the First Lady: Chelsea Holden – Chelsea Holden served as First Lady-elect Cecilia Abbott’s personal aide throughout the gubernatorial campaign. Prior to joining the campaign, Holden was the director of marketing at Harden Healthcare. Holden formerly worked as a staff assistant at the White House and the Department of Defense during President George W. Bush’s administration. Holden is a graduate of Southern Methodist University.

President of the Texas Economic Development Corporation: Tracye McDaniel – Tracye McDaniel is returning to Texas from New Jersey, where she was recruited by Gov. Chris Christie and top business leaders to head the state’s private business recruitment and investment efforts due to her extensive experience and track record of success in economic development. McDaniel previously served as Executive Vice President and Chief Operating Officer of the Greater Houston Partnership (GHP), as Executive Director of the Office of the Governor’s Economic Development and Tourism Division, where she spearheaded award-winning economic development and tourism operations for the State of Texas, and as CEO for the Texas Economic Development Corporation’s “Texas One” Program. A native of Waco, TX, McDaniel holds leadership positions in numerous professional and industry organizations and is a graduate of The University of Texas at Austin.

Appointments Director: Luis Saenz – Luis Saenz is a former Assistant Secretary of State for the State of Texas and senior advisor to Gov. Rick Perry. Following his service in the administration, he founded and served as managing partner of Saenz Public Affairs before joining McGuireWoods Consulting as senior vice president for State Government Relations. Saenz began his career at the Heritage Foundation. A native of South Texas, Saenz is a graduate of St. Mary’s University in San Antonio.

Executive Director of the Office of State and Federal Relations: Jerry Strickland – Jerry Strickland currently serves as Director of Communications for the Office of the Attorney General, and has served as spokesman and advisor for Governor-elect Abbott since 2003. Previously, Strickland was a reporter and anchor for CBS and ABC news affiliates in Texas and other states.  Strickland is a graduate of the University of Mississippi. (NOTE: This appointment is subject to Senate confirmation.)