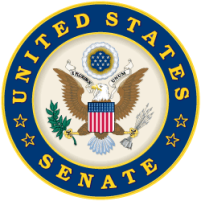 Press Release: US Sens. John Cornyn (R-TX), Ron Wyden (D-OR), Mark Kirk (R-IL) and Amy Klobuchar (D-MN) today introduced the bipartisan Justice for Victims of Trafficking Act, which would empower law enforcement to further crack down on human traffickers in communities across the country while bringing about greater restitution and justice for victims. In addition to law enforcement provisions, the Justice for Victims of Trafficking Act helps victims rebuild their lives by using fines and penalties against perpetrators to improve the availability of restitution and witness assistance funds. The legislation had strong bipartisan support in the last Congress.

“We need to do everything we can to crack down on human traffickers and bring an end to these terrible crimes, and the Justice for Victims of Trafficking Act will provide law enforcement with the tools to do so, while also lending victims a helping hand,” Sen. Cornyn said. “This is a nationwide problem, and it’s great to have Republicans and Democrats join forces to address this important issue head-on.”

“Child sex trafficking is a scourge that must come to an end and I’m pleased to be part of this bipartisan and necessary legislation,” Sen. Wyden said. “This legislation will help local authorities better identify at-risk children while strengthening services that assist – and protect – children who are victims of sex trafficking. It also provides much needed funding for cash-starved programs to that provide victim services.”

“This bipartisan bill gives police and prosecutors the tools they need to go after sex traffickers and those who assist them,” Sen. Kirk said. “Gangs are at the heart of the human trafficking networks that victimize women and girls, and stopping them is critical to ending this modern-day slavery.”

“As a former prosecutor, I know the terror and violence women and children suffer as victims of sex trafficking,” Sen. Klobuchar said. “We need to take action to crack down on these horrific crimes and the criminals who perpetrate them. This bipartisan bill will help crack down on traffickers while also helping ensure victims have the critical support they need.”

Among other provisions, the legislation would take the following steps to curb human trafficking: