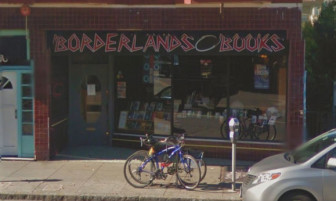 “Math leads to conclusions that cannot be argued with, regardless of what seems right, fair or just.”

With those words, Alan Beatts, owner of San Francisco science-fiction bookstore Borderlands Books, resigned himself to the cold, hard facts of the city’s minimum wage hike, a measure he supported and continues to believe “may be very good for San Francisco” (as he told the San Francisco Examiner). Simply put, no matter how good it feels to demand that businesses pay a certain wage, raising labor costs by fiat is guaranteed to cost jobs. In the case of Borderlands, it’s costing the job of every single employee: The store is closing by March 31 in the face of this insurmountable increase in its expenses.

Last year, San Francisco voters — who, like Beatts, thought the laws of economics didn’t apply to good, progressive cities — overwhelmingly voted to raise the city’s minimum wage gradually from $10.74 an hour to, in 2018, $15 an hour.

“You know, I voted for the measure as well, the minimum wage measure,” Borderlands customer Edward Vallecillo told KGO-TV. “It’s not something that I thought would affect certain specific small businesses. I feel sad.”

Beatts insists that the wage hike isn’t the only reason he’s closing; competition from online retailers and electronic books, rent increases, and the Great Recession have also taken a toll on Borderlands. Still, despite those challenges, “at the beginning of 2014, the future of the business looked, if not rosy, at least stable and very positive,” according to the closure announcement posted on the store’s website, which further stated that last year turned out to be “the best year we’ve ever had.” The only reasonable explanation for the store’s closure, therefore, is the increase in the minimum wage, which jumped to $11.05 per hour January 1 and will become $12.25 per hour in May.

“Continuing to pay the higher wage without any corresponding increase in income will expend the store’s cash assets,” the closure announcement explained. In fact, if the store were to remain open, it would go from turning a modest profit of $3,000 in 2013 to annual losses of about $25,000 beginning in 2018, according to a blog post from Beatts.

Beatts calculated that Borderlands would have to increase its sales by 20 percent to cover the wage hike. That, he said, is an impossibility. With so much competition, he noted, it’s already difficult to get customers to pay the list price that is printed on the books; they certainly won’t be willing to pay even more just to keep Borderlands in business.

On the other hand, Beatts believes the adjacent Borderlands Café can withstand the minimum wage hike because it can raise prices without losing business since all other cafés in San Francisco will have to do likewise. This, of course, largely negates the whole point of raising the minimum wage. If prices are going to rise at the same time, all those newly fattened paychecks won’t have much additional purchasing power.

If revenue can’t be goosed, then the only other way for Borderlands Books to stay in business would be to cut expenses, and the only expense that can easily be reduced is payroll. But, Beatts wrote, “to get the store on a balanced financial footing, I’d have to lay off almost everyone on staff,” leaving just Beatts, general manager Jude Feldman, and one part-time employee. Beatts and Feldman would have to work extremely long hours in order to both service customers and keep up with their current responsibilities, with hardly any change in their compensation. That wouldn’t make much economic sense because, observed the store announcement, “at the planned minimum wage in 2018, either of them would earn more than their current salary working only 40 hours per week at a much less demanding job that paid minimum wage.”

Borderlands isn’t the first San Francisco business to go under because of the wage increase. In October, Valencia Street’s Luna Park restaurant announced it was closing by the end of 2014 “to avoid projected increases in labor costs,” specifically, the minimum wage hike that was expected to pass the next month, reported Uptown Almanac.

“We’re probably just seeing the beginning of this,” Michael Saltsman, research director at the Employment Policies Institute, told theDaily Caller. “In a relatively short period of time it’s concerning we have a couple stories like these pop up.”

“What we do know is San Francisco is an expensive place to do business,” Saltsman added. “It’s pretty clear that if this minimum wage didn’t go up, this business [Borderlands] would still be open.”

“I think [the minimum wage hike] will be a major challenge for any small retail business,” Beatts told the Daily Caller — a remark that stands in sharp contrast to San Francisco mayor Ed Lee’s November pronouncement that by demanding that employers pay their employees more, “we can give a well-deserved raise to our lowest-wage workers, and we can do it in a way that protects jobs and small business.” As of the end of March, all the low-wage workers at Borderlands — Beatts himself earned only $28,000 last year — will be out of jobs, and Borderlands will be out of business.

Despite this, Beatts and other Borderlands employees still “support the concept of a living wage in principal [sic] and … believe that it’s possible that the new law will be good for San Francisco,” said the closing announcement. Somewhere, perhaps over the rainbow, there is a land where making something cost more won’t reduce the demand for that commodity, and progressives are bound and determined to find it. The only problem is that they keep trying to foist their pie-in-the-sky policies on those of us in the real world, and we — and sometimes even they — are forced to suffer the consequences.