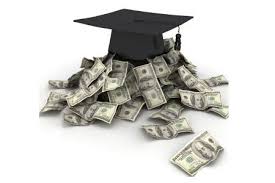 Letter to the Editor: As many residents have probably noticed, there are quite a few “Yes” signs placed in yards throughout the Pleasant Grove Independent School District. The residents of Pleasant Grove are being urged to approve the upcoming bond election this May.

In the past, the residents of Pleasant Grove have been more than generous with their tax dollars. The current tax rate for PGISD places the district in the top 16% of the highest taxed school districts in the state (see the Texas Comptroller’s website @ http://www.window.state.tx.us/taxinfo/proptax/taxrates/). Furthermore, the voters have approved three school district bonds that will not be paid in full until the year 2032 (see Texas Bond Review Board @ www.brb.state.tx.us). The total amount of the District’s debt obligation that is currently due is nearly $54.5 million as reported by the PGISD School Board in the Tax Rate Impact Analysis dated January 29, 2015. According to the Texas Comptroller’s website, Financial Allocation Study for Texas (“Texas FAST”), https://mycpa.cpa.state.tx.us/fast/single/019912/district.do, the total amount of tax-supported debt principal outstanding per student is $18,242 compared to the state average of $12,806. The numbers don’t lie – Pleasant Grove voters are one of the top spenders in the state when it comes to providing for our children.

Unfortunately, the reasons why an additional $18.6 million bond should be approved are not clear. But, there are many reasons why voters should vote “NO.” Approving the bond will:

But more importantly, there is little evidence that spending another $36.1 million will improve the academic performance of our students. Texas FAST is a website sponsored by the Texas State Comptroller’s office (www.fastexas.org), and measures “…how relative spending in Texas public school districts and campuses compares to student academic progress.” Put simply, the site measures the amount of “bang for the buck” a school district realizes relative to the other school districts in the state of Texas. And while the residents of Pleasant Grove have been more than generous in their spending as demonstrated above, Texas FAST places Pleasant Grove High School’s academic progress in math in the bottom 23rd percentile, as averaged over a three year period (and that is down from the 38th percentile in 2010). In other words, while the PGISD spending is up, academic progress from that spending as measured by the Texas Comptroller’s website is DOWN.

The voters of Pleasant Grove School District are not getting their money’s worth, and the PGISD School Board has offered no reasons how spending another $36.1 million will improve this metric. It is time that the PGISD School Board focus on our students, not buildings. Rather, the School Board should work to ensure the district is able to attract the best and brightest teachers in the state, and to develop a robust, advanced curriculum which will prepare our students for beyond high school. It is time to vote “NO!”

0 thoughts on “Focus on Students, Not Buildings”