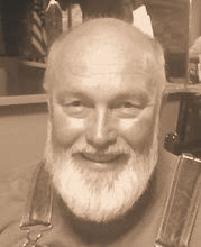 I was recently listening to Glen Beck interview Mark Levin regarding Levin’s liberty amendments and his push for an Article V Convention of the States. He viciously attacked the John Birch Society as the main opposition to his efforts to convene another convention. He said he despised the Society and that they despised him. An attitude like that is why Levin will never become a great movement leader. First, the JBS would agree with most of his analysis of our current condition. Where we differ is on strategy as to how to fix the tyrannical overreach of the Federal Government. I don’t believe the Birch Society nor most of its members despise Levin, we simply disagree with him on this issue. Conservatives and Constitutionalists can disagree on certain issues and point out the differences, but we can’t trash each other or we will never win because there aren’t enough of us as it is.

As I listened further, I heard Levin say our system was broken and corrupt, which is why he says we need an amending convention. On this point I strongly disagree with his perspective of the foundation of our problems. Our system is NOT broken, for the most part we do not have a systemic problem, but rather a people problem. What Levin and others supporting another con-con fail to discern is the massive and serious demographic change that has occurred with the people in America.

We were created to be a government of SELF DETERMINATION, a people constrained by the rule of law (a Republic) and our particular concept of the rule of law was based upon the principles of God’s Word. Especially important is the understanding that our “rights” come from God, not man. That is why our founders stated our form of government was only suited for a Godly and moral people, and not suited for any other.

In the change from the time of our founding until now, far too many people today have no belief in God and his Word, or they profess to be His yet know little to nothing about Him because they have never studied His Word. Today’s post modern population have little respect for the Constitution, or laws of any kind except for the ones they approve of as an individual. In their hedonist and fleshly driven carnal lifestyles, they scoff at constraints they don‘t like.

Therefore, I ask, is this the kind of environment you want to trust to convening another con-con in the hopes of improving upon the documents given to us by our Godly founders? I believe it is foolish not to recognize the change in our population and therefore desire to press on and hopefully improve upon a SYSTEM that is NOT broken. Our founders warned that the document intended to bind the tyrants down by the chains of the Constitution would not be sufficient in itself, but we would also need to continually have the kind of Godly and moral people involved to make the rule of law established by the Declaration and Constitution work from generation to generation.

We have some well-intentioned leaders in Oklahoma that have become so desperate to fix this federal overreach that they are willing to gamble on throwing away our current Constitution and Bill of Rights, which are not broken, for some unknown product of a con-con. If they succeed and things really go south as a result, every lawmaker voting for this convention will have their names go down in history as those responsible for the destruction. Chief among them will be Tom Coburn, Gary Banz, Jeff Hickman, Jon Echols and Rob Standridge. Sadly, the problem with these leaders is their failure to discern the real problem. To try and fix a people problem by changing our system is doomed to failure.