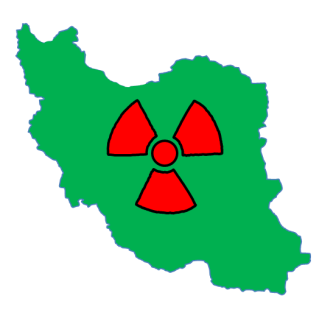 US Senators Ted Cruz (R-TX) and Pat Toomey (R-PA), have filed an amendment to the Iran Nuclear Agreement Review Act of 2015, which would require affirmative Congressional approval of any Iranian nuclear deal before sanctions relief can occur.

The Constitution makes clear that Congress must approve international agreements like the one President Obama is negotiating with Iran. A nuclear Iran is the single greatest threat to our national security and also poses an unacceptably high risk to Israel. Reviewing this deal and deciding whether or not to consent to it may well be the most important function of this Congress. It is not something that should be rushed, and it is imperative that, at the very least, the President obtain majority support for his deal from both Houses of Congress before moving forward.

As currently written, the Iran Nuclear Agreement Review Act of 2015 would first require Congress to pass a resolution of disapproval and then require Congress to muster votes from two-thirds of each chamber to override a Presidential veto. What’s more, if Congress failed to act within a set timeframe, the deal would go into effect by default. This process gets the Constitution’s allocation of authority precisely backwards.

(There is also no provision in the Constitution for “fast-track authority,” which allows the President to negotiate treaties without the “Advice and Consent” of the Senate, as prescribed by Article II, Section 2 . This unconstitutional method allows the President’s staff to negotiate a treaty, and then present the document to the Senate for a simple “yea or nay” vote, without allowing them to make any changes.)

The Cruz-Toomey amendment would remove these options and restore a more proper process for Congress to exercise its Constitutional power. It would require President Obama to persuade a majority of Senators and Representatives to approve his deal before it goes into effect.

The full text of the amendment can be viewed here.