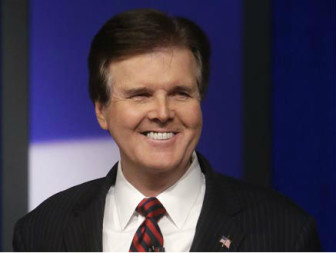 “Property tax relief has been one of the Senate’s top priorities,” said Lt. Governor Dan Patrick. “SB1760 delivers true tax relief for Texas homeowners by placing a downward pressure on the oppressive growth of property taxes through transparency.” SB 1760 will require the following:

Finally, amendment by Senator Paul Bettencourt requires a local government that wishes to exceed the effective tax rate to first have a vote of at least 60% of the governing body in support of the tax increase.

“SB1760 levels the playing field for Texas taxpayers,” said Sen. Creighton. “Standing strong for taxpayer rights was a promise I made to the citizens of Senate District 4; and, I am thankful my Senate colleagues voted to pass this landmark legislation.”

“Sen. Creighton’s bill gives homeowners the ability to hold local government accountable for the demands they place on taxpayers,” concluded Patrick. “SB1760 is another step in an overall plan to reduce property taxes for homeowners and businesses. In March, the Senate passed with bipartisan support to double the homestead exemption for homeowners to over $30,000 a year. I applaud the Senators for making sure homeowners across the state receive the tax relief Texans deserve.”