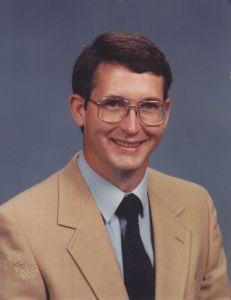 Kevin was born July 7, 1950, in Cleveland, Ohio, to Joseph and Jean Laule. He was employed with Cass County Precinct 4; was a member of First Baptist Church, Queen City, Texas where he taught Sunday school; and was a retired volunteer fireman for the Atlanta Fire Department. He was preceded in death by his parents; and two brothers, Tom Laule and Danny Laule.

He is survived by his wife, Karen Laule of Queen City, Texas; two sons, Jeremy Laule and wife Amy of Shreveport, Louisiana, Jason Laule and wife Brandy of Forney, Texas; one brother, Chris Laule of Euclid, Ohio; two sisters, Mariregina Laule of Mentor On The Lake, Ohio, Rita DeRosa of Willowick, Ohio; four grandchildren, Trenton, Kimberlyn, Erik and Jadon; and a number of other relatives.

Memorial services will be 2:00 pm, Saturday, May 23, 2015, in the Family Life Center at First Baptist Church, Queen City, TX, under the direction of Hanner Funeral Service.

In lieu of flowers memorials may be made to atcp.org