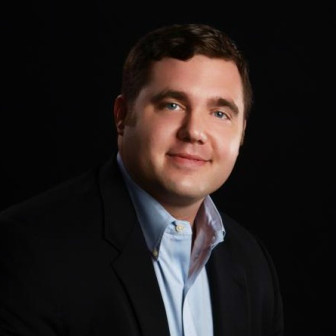 “Memorial Day is for the fallen, Please don’t thank me this weekend.” reads the headline from my former Company Commander’s Facebook post. And so continues the awkward legacy of what is most likely the least understood of American holidays. Most Americans associate Memorial Day with a three day weekend, back yard barbecues, sheepishly thanking a Veteran, or a mattress sale commercial featuring a struggling actor in an Uncle Sam costume half shouting into the camera “I want you!…to have a good night’s sleep” However when the people of this Nation were more connected to each other and the costs of war, the holiday was known as “Decoration Day”.

Decoration Day was a tradition started after the Civil War, the bloodiest war of the 19th century for western civilization. With more than 600,000 dead and over a million wounded, a young and still healing America would go to the cemeteries nearest to them, where they would surely find a gravesite of at least someone they knew, let alone a family member, and decorate the headstone with flowers. In some traditions the decorating of the grave was followed by a picnic and fellowship. This coming together of community with the resting places of the fallen in the background as a constant reminder of the toll of war most likely kept America out of a major conflict for the next 33 years. It wasn’t until the last Civil War veteran President, William McKinley was pushed into war with Spain in 1898 by those who had never experienced the hardships of fighting, did America once again take up arms.

The impact of war, the loss and the sacrifice felt by the community has been rapidly diminishing since the end of World War II (America’s last declared war). The introduction of “police actions” and “limited war” as seen in Korea and Vietnam, followed by the transition from the draft to an all-volunteer military has further removed the general public from strain of modern perpetual warfare. Thus since the fall of the Berlin wall America has been in an unprecedented amount of military interventions across the globe. Since 1989 America has invaded Panama, expelled Iraq from Kuwait, fought rebels in Somalia, intervened in Hatti and Bosnia, bombed Serbia for 78 days, occupied Kosovo, smashed the Taliban in Afghanistan, toppled Saddam Hussein and democratized Iraq, overthrown Gaddafi in Libya (a prelude to the Benghazi attacks) and supported the rebels in Syria who eventually became I.S.I.S. therefore setting the stage for “Iraq War III.”

Lincoln talked of the “the mystic chords of memory, stretching from every battle-field, and patriot grave, to every living heart and hearthstone, all over this broad land.” His words were meant to remind his countryman of the shared hardships they had faced as a Nation, and to look for other ways to resolve their grievances besides the terrible strain of war. Lincoln was invoking what was and still is the highest honor you can bestow upon a fallen American military member, respecting their sacrifice so that future generations may know peace. A younger and wiser America honored the fallen by keeping her out of the two world wars longer than any other nation thus suffering fewer casualties. The public’s outcry over the war in Vietnam caused Nixon’s withdrawal of more than half the troops by his first term and the eventual ceasefire. Not to have done so would have been political suicide.

Today offers us a different dilemma. Immediately following 9/11 we were told by then President Bush that all was OK and to go shopping, “Get down to Disney World in Florida,” he admonished, just before ordering the invasion of a country that had never attacked us, to strip it of weapons it did not have. America had never been more disconnected to its military and their sacrifices before the invasion of Iraq in 2003 and therein lies the greatest danger facing the freedom and future security of the United States. It is the reason why Memorial Day is so important. “Insanity is the loss of memory” wrote the historian Will Durant, and our policies in the realm of defense have become insane over the past 20 years, have they not?

Memorial Day is relevant and should be observed and promoted. Regardless of your political affiliation or Veteran status, it’s something every American can take part in and cherish. The heroism, bravery and willingness to sacrifice displayed by our fighting men and women is unmatched in the annals of history. The more you learn about the lives of those who gave the ultimate sacrifice for this Nation, the more proud you will be to call yourself an American. It is true we have the best and bravest military in the world and that sometimes those men and women are called upon to fight and sometimes die for the cause that we have set before them. It is the job of “We the People” to stay vigilant and hold our leaders accountable. Never should a member of our military lose their life in a conflict that will later be a dubbed a “mistake” by a media who promoted the war in the first place. So the next time some supersized chicken hawk from either party starts calling for a new war and your vote, ask yourself: What would the future fallen want me to do?