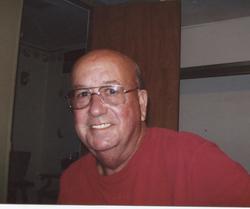 William Wyatt Banks, Jr. age 69, passed away Sunday May 31, 2015 at his residence. Mr. Banks was born December 4, 1945 in New Boston Texas. He was retired from Red River Army Depot, a Baptist and a member of the Maud Masonic Lodge.

Survivors include his wife, Sherry Banks, two daughters and sons-in-law, Sheryl and Johnny Smith, Jennifer and Michael Parkerson, one son and daughter-in-law, Bart and Angel Banks, eight grandchildren and one great grandchild, two sisters, three brothers and sisters-in-law, many nieces, nephews and friends.

Funeral Services will be held at 3:00 P.M., Tuesday, June 2, 2014 at the Bates Rolf Funeral Home Chapel with Bro. Ken Whitten and Bro. Steve Minter officiating. Visitation will be from 6:00 until 8:00 P.M. Monday June 1, 2015 at the Funeral Home. Interment will be in Center Ridge Cemetery, Maud, Texas under the direction of Bates-Rolf Funeral Home, New Boston, Texas with Masonic Rites.

In lieu of flowers, memorials may be made to Arkansas Childrens Hospital, 800 Marshall St, Little Rock, Arkansas in honor of Jace.

Online registration may be made at www.batesrolffuneralhome.com