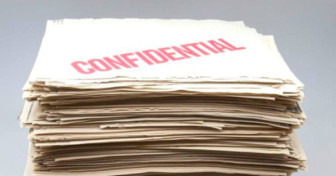 America — and the world — are witnessing an extraordinary development. At least three hugely important mega-treaties are being lined up to be voted on soon in the U.S. Congress. They are the Trans-Pacific Partnership (TPP), the Transatlantic Trade and Investment Partnership (TTIP), and the Trade In Services Agreement (TISA).

The texts of these agreements have been drafted in secrecy and remain secret today, except for portions that have been “illegally” leaked to the public. Moreover, they have been designed as “living agreements,” say the designers, which will continue to “evolve” and mutate, in defiance of the most basic principle of the “rule of law” that its political advocates claim to champion. If passed, these secret, unconstitutional pacts disguised as “free trade” agreements would have a profoundly destructive impact on America — economically, politically, and socially.

Has even one member of Congress read the entire text of the Trans-Pacific Partnership, the mammoth treaty that President Obama and Republican Leaders in Congress are rushing hell-bent to impose on the American people? The New American has been unable to find a single U.S. senator or representative who claims to have done so. Various news stories have quoted members of Congress who say they have read the document. However, when we have checked with congressional staffs and asked specific questions, we have invariably found that the congressman (or member of his staff) has read only a portion of the text. That is exactly what one would expect, given the extraordinary restrictions and conditions of secrecy placed on access to the TPP/TTIP/TISA texts.

As we have reported previously, specially “cleared” trade lobbyists representing Wall Street banks, Big Business, and Big Labor have virtually unlimited access to the treaty documents at a privileged online website. But U.S. senators and representatives who wish to see the text that has thus far been made accessible to them must go to a secure, secret room in the basement of the Capitol, surrender their cellphones, and then ask for the agreement a section at a time. No copies may be made, and any notes taken must be surrendered before leaving the room. In fact, congressional members are sworn to secrecy and threatened with legal action if they discuss particulars of what they have read.

Considering that the TPP is hundreds of pages long, it is unlikely that any member of Congress has sat in the secret room for the hours that would be required to read the lengthy, complex text. And, even if some members had done so, it would stretch credulity to believe they would be able to recall with any specificity the actual language of the text. Moreover, since the document, reportedly, is still being changed and amended, it is, essentially, a moving target, which means it may be decidedly different from the time at which it was read.

The obsessive secrecy that is being employed has reached such ridiculous levels thateven the log book that records who has visited the secret room to read the TPP is secret; the public has no way of verifying who has, or hasn’t, read the document. (While the current draft of the TPP is available for members of Congress to view — under the conditions described above — the TTIP and TISA are still unavailable to members of Congress. Of course, none of the three official treaty texts are available to the American public, who must still rely on leaked versions.)

Several members of Congress — Democrat and Republican — have been commendably vocal in exposing and opposing the repugnant secrecy of the entire ObamaTrade process. Especially notable has been Senator Jeff Sessions (R-Ala.), who has repeatedly bucked the White House, the GOP Senate leadership, and the Big Business lobby on the ObamaTrade treaties and even taken to the airwaves to condemn them as an attempt to institute “transnational governance” (see here, here, and here).

Senator Sessions is one of the few members of Congress reported to have read the TPP; however, when this reporter questioned his staff, they could not confirm that he had read it in its entirety. The Alabama news site AL.com reported on June 11 that five of the state’s seven-member congressional delegation said they had read the TPP text. A sixth, Rep. Robert Aderholt, a Republican, didn’t respond directly to the question; a staff member simply replied in an email: “The congressman is well informed about the bill and its impact.” Aderholt was among those who voted against giving President Obama Fast Track authority on June 12. Another Alabama Republican who voted against Fast Track for the TPP/TTIP/TISA was Rep. Mo Brooks, who, AL.com reported, “said he hasn’t read the [TPP] text out of principle and will only read it if it is released to the public.”

Rep. Brooks has taken a very principled position, and has voted accordingly. However, isn’t it time for members of Congress who still adhere to principle, who take their oath to the Constitution seriously, to go further?

Why has not a single member of Congress summoned the courage to defy the gag rule President Obama and Republican congressional leaders have imposed to keep the texts of the TPP, TTIP and TISA from the American people? Is there not one member of the U.S. House or Senate who will go to the “secret room” with a film crew and demand that the secrecy be ended? Is there not one who will challenge the outrageous secrecy? Will not one member challenge the administration and congressional leadership to “go ahead, make my day, arrest me (or penalize me) for exposing this corruption of our constitutional system”?

While readers of this magazine know that The New American has been reporting extensively on these developing agreements for several years, the “mainstream” media have, until recently, blacked out news of these agreements — or have reported favorably on them. The vast majority of Americans have only learned of the TPP/TTIP/TISA dangers in the past couple weeks, as battles heated up in Congress to give President Obama “Fast Track” Trade Promotion Authority (TPA) to push this multi-pronged ObamaTrade package.

TPA/Fast Track passed the Senate in May and passed the House on June 12 (see roll call vote here). However, because the Senate and House versions must be identical, and because House leaders divided the bill into two parts and failed to get the Senate’s Trade Adjustment Assistance part passed, it must hold another vote. As we write, that is expected to take place on Tuesday, June 16.

The TPA/Fast Track vote is so vital, and has been the target of such intense high-pressure campaigning, because it gives the administration and congressional leadership the ability to grease the skids and slam pseudo-free trade agreements through the approval process without the normal, constitutional checks and balances.

Regardless of the outcome of the TPA/Fast Track vote on June 16 (or later, if it gets postponed again), the fight to expose the deceptive, secretive nature of the ObamaTrade battering ram must be exposed.

What has surfaced as the most absurd feature of the TPP/TTIP/TISA process that has stirred outrage all across the political spectrum is the collusion between President Obama and Republican congressional leaders to clamp a strict seal of secrecy on the entire process. This is indefensible, and members of Congress who favor the TPP, or who have voted for TPA/ Fast Track to enable the ObamaTrade trifecta to be rushed through Congress, must be confronted publicly and forced to defend this anti-American, anti-Constitutional process. Every member of Congress must be forced to answer the questions:

“Have you read the TPP text?”

“How much of it have you read?”

“Do you believe it should be kept secret?”

“Why have you not made an effort to force the issue, either by publicly challenging the closed doors of the TPP ‘secret room’ or by ‘illegally’ divulging the contents of the TPP, which the President and Congress have no right to confect in darkness and hide from the American people?”

The secrecy must end — or it will end our long-running experiment in constitutional self-gvoernment, as well as the multitude of blessings we have reaped from it.