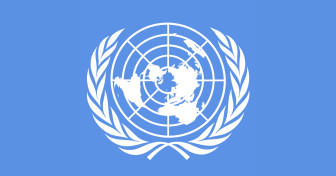 Warning – graphic content. Hundreds of Haitian women and children were raped and sexually abused by predators in the United Nations “peace” military, according to a draft UN report obtained by the Associated Press, adding to a growing deluge of sex and murder scandals surrounding the controversial “blue helmets.” The news comes just months after UN troops in Mali slaughtered unarmed civilian protesters, and UN forces in the Central African Republic were exposed systematically raping children as young as nine years old. Of course, the latest scandals also follow decades of similar abuses by UN forces, especially across Africa.

In response to the mushrooming scandals surrounding predatory UN troops who rape and abuse civilians, the tyrant-dominated global outfit is reportedly working a plan for paternity testing to uncover so-called “peacekeeper babies.” But instead of truly dealing with the grotesque revelations, the UN is busy persecuting whistleblowers who exposed the horrors while plotting ever-grander “peace” missions by its military forces. It also claims giving more power to the UN would help the problem. Critics worldwide and from across the political spectrum, however, say it is time for real investigations and an end to UN impunity.

The latest shoe to drop in the long line of horrific UN sexual-abuse scandals surrounds a draft report by the UN Office of Internal Oversight Services (OIOS). According to the official document, first reported by the AP, UN troops coerced 225 Haitian women and children into “transactional sex” in exchange for food, medicine, clothing, and other goods funded by taxpayers worldwide. About a third of those victims were minors who were raped. Of course, the real number of victims is far, far larger, as even the UN admits that rape and sexual abuse by UN “peace” forces is drastically underreported.

Often, despite having purported “immunity” from consequences, UN officials conspire to cover it up, and the victims generally know nothing about how to pursue justice against the heavily armed rapists and predators. “Only seven interviewees [out of 231] knew about the United Nations policy prohibiting sexual exploitation and abuse,” the report is quoted as saying about the victims it interviewed, adding that not a single victim knew about a supposed “hotline” to report abuse, exploitation, and rape by UN forces. The UN document also says that each of the instances of sexual exploitation and abuse in the report would be considered prohibited, “thus demonstrating significant underreporting.”

Beyond exploiting starving women and children for sex, UN troops in Haiti have also been on an outright rape spree, as The New American reported in February. According to a report by investigative journalist Kathie Klarreich detailing the horrors, “transactional sex,” while very widespread, is only one of the horrors being unleashed by UN forces. Among other concerns, the report also highlights the grotesque sexual abuse and rape of the most vulnerable. The most disturbing example, perhaps, was a mentally handicapped young boy raped by UN troops from Pakistan — starting when he was just eight years old and lasting for five years.

When the rape of the boy was reported to the Pakistani UN commander, rather than reporting it to the UN mission, the commander “decided to handle it himself,” the report explained. Apparently the UN officer was hoping the case would disappear, “since he was also abusing the boy,” Klarreich reported. The UN force also reportedly hired a kidnapper to hide their victim from investigators. The pedophile rapist “blue helmet” troops were simply sent home. Indeed, impunity among UN troops is the norm, and few, if any, are ever punished for their ghastly crimes.

But the list of UN sex crimes goes on and on, and systematic sexual exploitation and abuses of civilians by UN forces is beyond common. Just in the Ivorian town Toulepleu, for example, a poll conducted by the non-profit Save the Children revealed that eight out of 10 minor girls admitted to regularly being raped and forced into sexual acts by UN soldiers. “They grabbed me and threw me to the ground and they forced themselves on me,” an Ivorian girl known as “Elizabeth,” just 13 years old when she was gang-raped by UN troops, recounted to the BBC in 2008. “I tried to escape but there were 10 of them and I could do nothing…. I was terrified. Then they just left me there bleeding.”

Similar horror stories have emerged from virtually every nation occupied by the global body’s “peace” armies. In 2013, UN troops were exposed raping and killing civilians in Mali, before being exposed murdering unarmed protesters. Before that, UN troops were caught on camera holding down and gang-raping a teenage Haitian boy in a video that sparked outrage around the world. In Liberia, a 2006 investigation found that children were being raped and prostituted by UN troops on a massive scale. In the early 1990s, meanwhile, UN forces were exposed exploiting children, creating child pornography, and trafficking child sex slaves.

Just this April, UN troops deployed on a UN “peace” mission in the Central African Republic were exposed systematically raping and sexually exploiting starving young children, according to a leaked internal report that the global organization was seeking to conceal. Because UN leadership failed to take action against its soldiers’ widespread sexual abuse of children — some of whom were less than 10 years old — an aid worker with the organization handed the investigation results to French authorities. The UN responded by persecuting the Swedish UN official who blew the whistle on the whole sordid affair.

“The children identified represent just a snapshot of the numbers potentially being abused,” reported Sandra Laville at the U.K. Guardian on April 29. “The boys, some of whom were orphans, disclosed sexual exploitation, including rape and sodomy,… at M’Poko airport in Bangui. The children described how they were sexually exploited in return for food and money. … A nine-year-old described being sexually abused with his friend by two French [UN] soldiers at the IDP camp when they went to a checkpoint to look for something to eat.”

As the UN’s “peace” military increasingly becomes associated in the public mind with rapists, murderers, and pedophiles running wild, the UN is now reportedly working to offer “paternity tests” across nations occupied by the global forces. There are no reliable estimates on the number of children worldwide fathered by UN predators, but experts say it is likely gargantuan. A UN official asked by the AP whom “peacekeepers” are allowed to have sex with said each other or “with those who don’t create an imbalance of power.”

Last year, four minors reportedly raped and abused by UN troops filed paternity claims. But, as the report on UN exploitation and abuse in Haiti admits, virtually none of the victims it interviewed even knew of the “policy” banning sexual abuse, much less how to report it or file a paternity claim. Half of those who have filed paternity claims against UN troops since 2010 were minors who said they had been raped by UN forces. To deal with the potential deluge of paternity claims, UN boss Ban Ki-moon suggested setting up a taxpayer-funded “UN fund” to support the “peacekeeper babies.”

Beyond the systemic sexual abuse perpetrated by UN troops, history is also replete with UN-sponsored atrocities. In 2011, for example, UN-backed troops slaughtered thousands of Christians while installing a Muslim central banker as “president” in the Ivory Coast. In Rwanda before that, UN “disarmament” bureaucrats forcibly disarmed civilians, many of whom were later exterminated in the government-backed 1994 genocide. As far back as the early 1960s, the UN waged a ruthless war against the anti-communist people of Katanga in a bid to force them to submit to a bloodthirsty communist dictator. From Congo and Somalia to Haiti and Cambodia, UN troops have developed a reputation as terror squads there to victimize and abuse innocents rather than “protect civilians” or keep the “peace.”

Incredibly, as massive numbers of UN troops continue to be exposed in the global media as ruthless and systemic predators who sexually abuse, rape, and even murder those they are supposedly charged with protecting, the UN is focusing on further building up its disgraced and scandal-plagued “peace” military — with strong backing from Obama. “My instruction to them will be to carry on the spirit the Panel employed; to be bold; and to see the task as nothing less than preparing the United Nations to rise to the challenges of the future,” UN boss Ban said in a statement after a new UN report this week called for preparing the UN military for the future.

With American taxpayers providing the single largest “contribution” to the UN and its military machinations, it is past time for the U.S. Congress to de-fund the UN and for the United States to withdraw from the so-called “dictators club” once and for all. The American Sovereignty Restoration Act of 2015 (H.R. 1205) would do precisely that, in addition to expelling the UN from its headquarters on U.S. soil. Enabling the dictators club to send its military forces around the world to brutalize and abuse civilians with impunity and at U.S. expense is no longer an option — it is a disgrace and a crime of epic proportions.