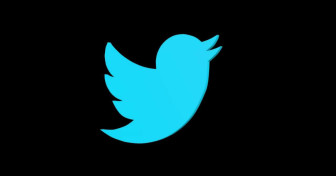 Everyone would agree that social media on the Internet appears to be here to stay, but few seem to know you can get great customer service through Twitter and the power of social media. People sometimes forget as they update everyone on their latest trip to the store, or their new car, or what was for lunch that social media can also be a tool. Most know that it can be a tool for garage sales, events, selling items, meetings, and other like events, but it can also be a tool to get large companies to pay attention. Nobody likes negative press, and large companies are starting to realize that social media can be positive or negative press and that puts the power of social media in your hands.

I recently decided that I would test this theory the next time I had questionable service, using my Twitter account (you can follow me too at twitter.com/ClintonSThomas). The first opportunity arose with an online food company. I had ordered some items and they did not arrive on the date scheduled. When I pressed the company about it by phone, they basically offered to reship the items and take an additional payment. The problem was my credit card was still showing the first order as “pending” and the company website showed the order as “In Progress”. I questioned the lady on the phone asking her why I would want to pay them again for a product that according to two major websites, including their own, was being processed. She had no answer. When she referred my call to someone else, they had no answer as well. I saw my opportunity and I went to my Twitter account as soon as I got off the phone.

Using the “@” symbol which will send the message to the entire Twitter system as well as directly to the person you put the symbol in front of, I sent my message. This is done easily for example if you wanted to send me a tweet saying what great articles I write on the Four States News, you could type it as this “@ClintonSThomas I love reading your articles on the Four States News”. If you wanted to tell the Four States News that you want to see more writing from Clinton Thomas, then you would write your tweet like this “@Fourstatesnews I just love reading articles by Clinton Thomas”. It’s really that easy! So, I wrote to the company on Twitter using their name behind the “@” symbol. I actually wrote three tweets regarding my experience, or I should say my negative experience.

Within a day or two, I received a direct message, or a “DM” on Twitter, from the company asking me to provide my contact information. They also apologized for the problem. I provided the information and received a call from the company. Within a few minutes my package was on the way, the company paid shipping, and I received additional items free because of my trouble. In a couple of days the package arrived just as described. So, to make sure to cover positive and negative, I went back to Twitter and publicly thanked the company for their outstanding online service. They responded in kind and clicked “Favorite” on my tweet, which is really just a way for them to track all the positive tweets they receive.

Since that first experiment, I have used Twitter with two other companies. One immediately responded and made the situation right. I didn’t even mess with a telephone call to them. The other company has, so far, ignored my tweets. That’s okay though because several of my followers did not ignore them. Big business is paying attention and social media in some cases is far better than sitting on the phone with a machine that asks you whether you want Spanish or English before you move to the next electronic request.