Note: Alyssa is the first high school student to write for the Four States News. If you’re interested in being a writer, email us – press@fourstatesnews.us. 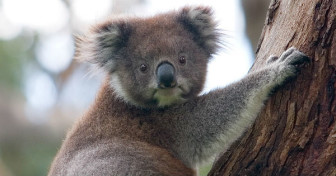 With less than 100,000 left in the wild, the Australian government has neglected listing the koala as “critically endangered”, even though researchers strongly suggest the change.

Many elements have contributed to the decline in the koala population, including dog attacks and disease. A loss of habitat due to expanding human settlements has made cars and dogs become a serious threat to the koala. In fact, 4,000 koalas die each year because of those threats alone.

Thirty to fifty percent of koalas in the wild have some type of chlamydia. Not only does the disease make the marsupials sickly, but it also makes the female koalas infertile, furthering the decline of the population.

However, there may be hope for the marsupials after all. Researchers are currently working on a vaccine to help fight against the disease. It’s still being tested, but hopefully the vaccinations will help the koalas, before it is too late. If nothing is done, scientists predict that the koala will be extinct in thirty years.