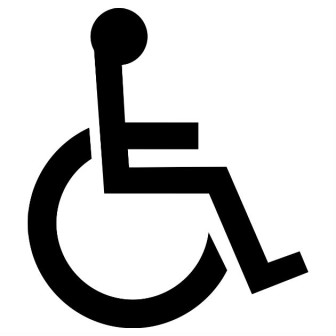 United Cerebral Palsy (UCP) completes a study each year to determine the best states for people with developmental disabilities and the worst states. They include the District of Columbia, so the total is 51 altogether in the review. Texas has historically ranked at the bottom, but this year it has moved up….well, slightly. Texas is ranked number 50 near the bottom. The only state or district to receive a worse report was Mississippi.

Being one of the largest states, most populated, and one of the best states to start businesses in – at least according to some sources – you would think that Texas would have the ability and funding to achieve a better ranking. The sad truth is that Texas just doesn’t seem to put too much emphasis on services for people with developmental disabilities.

Consider the job outlook for people with disabilities. In 2004, supported or competitive employment levels were at a solid 22%, but by 2011, it had dropped to 5%. This could be an indicator that businesses are not willing to hire people with developmental disabilities. If these business organization do not hire, then there’s a good chance that state legislators, often receiving the bulk of campaign donations from business, might not feel people with developmental disabilities rank very high on the scale of importance. A further factor in the equation seems to be families receiving support went from a high of 27,677 to 20,156 by 2011. That’s a drop of just over 7,000 who are receiving services. As recently as two years ago, a mother of a disabled child told me that “Texas has nowhere near the services and programs that my previous state offered.” This parent planned to seek services by moving to another state.

One of the brighter spots on the assessment did show a drop in the number of people living in institutions – from 4,996 in 2005 to 3,547 in 2013. Another not-so-surprising statistic reported was the rise of HCS (called HCBS for Home and Community Based Services on the chart) or Texas Home Living (not mentioned in the report TxHmL) use which saw a steady rise to 28,838 while ICF (intermediate care facilities) experienced a decrease down to 9,025. This shift is not likely due to the differences in the services as much as it is to do with the money. The daily rate average for the state is cheaper for HCS services than it is for ICF programs. Already, providers have seen a trend of movement in the waiting list. While some people have been on the list for years waiting for services, people in the 15-22-age range seem to come up on the list more often for HCS placement. This appears to be regardless of how long the person has been on the waiting list. This trend would indicate, at least to this writer, a steady or unwritten drive by the state to “age out” the ICF programs by filling the HCS programs with the younger population. Whether it is a conscience or unconscious move on the state’s part, it is certainly a factor of saving funds by utilizing the more cost saving programs.

As indicated above, the fundamental problem for Texas is the same as many states running along the bottom of the list: Money. Without money, services have a tendency to be inadequate and fall short of the needs of the people they are meant to serve. Providers of ICF and HCS programs are faced with a “minimal” set of standards to meet from the federal guidelines and the state guidelines, but without proper funding it is difficult to exceed and sometimes meet those minimal standards.

Another perhaps major problem for Texas is that not everyone fits in a nice little box. Some people need the State Supported Living Centers, while others would be better served in an ICF, and yet again others might be best served in an HCS or TxHmL. With an HCS waiting list that seems to be dominated by the age factor, such factors as abilities, or readiness for the HCS programs, appears to be overlooked. It should also be noted that private organizations, both ICF and HCS, depend on the local LAR (Legally Authorized Representative) for the state to provide most of the placement referrals. Since the state operates the Supported Living Centers, and their own ICF and HCS programs, then they naturally tend to fill those openings first when someone seeks services regardless of the true need of the individual. When all those factors are overlooked, you end up with people staying in programs that honestly do not meet their needs and thereby helping statistically to cause the state to remain at the bottom or near the bottom in services provided.

A state as large and as financially powerful as Texas should not be ranked at the bottom for services for people with developmental disabilities. The fact is with some minor modifications Texas could have outstanding programs, but it is going to take the people of Texas pushing the legislators to do something. There needs to be funding set aside for programs, and there needs to be a review and modification to the the way the waiting list and placement is handled. Private providers, state providers and the individuals and families of those individuals with developmental disabilities must come together to develop strategies that ensures the appropriate services are provided regardless of the program needed.