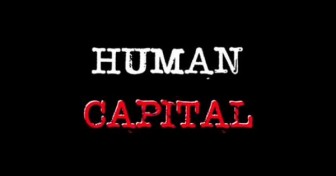 Because now a video has emerged showing organization employees talking about cutting organs from babies with beating hearts.

The disgusting revelation is part of the seventh undercover video released by The Center for Medical Progress, which has made news exposing Planned Parenthood’s immoral and illegal practices. The new footage shows a Planned Parenthood (PP) worker removing the brain of a baby — without anesthesia — while the child’s heart was beating. Holly O’Donnell, an ex-procurement technician with StemExpress, LLC who helped with the “procedure,” explained how she was “flabbergasted” at what transpired. “‘I want you to see something kind of cool; it’s kind of neat,’” O’Donnell says her supervisor told her. “So she has one of her instruments, and she just taps the heart, and it starts beating. And I’m sitting here and I’m looking at this fetus, and its heart is beating, and I don’t know what to think”

But O’Donnell wouldn’t not know what to think for long. She then described what happened after she realized she’d be asked to “cut the head open”

“I didn’t want to do this. And so she [her supervisor, “Jessica”] gave me the scissors and told me I have to cut down the middle of the face. And you can’t even like describe what that feels like. And I remember picking it up and finishing going through the rest of the face and Jessica picking up the brain and putting it in the container with the media.… And she left and she’s like, “Okay, you can clean up.” And I’m just sitting there, like, “What did I just do?” And that was the moment I knew I couldn’t work for the company anymore.

This apparently is not an isolated incident, either. As the Media Research Council informs, reporting on the story:

The San Jose Planned Parenthood location will perform an abortion up to 20 weeks of pregnancy. O’Donnell remarked about the incident, “I don’t know if that constitutes it’s technically dead, or it’s alive.”

According to state and federal law, the same treatment must be given to a born-alive infant after an abortion as would a normally-delivered baby (1 U.S.C. 8, CA Health and Safety Code 123435). If a heartbeat is present, any kind of experimentation on a fetus with a discernible heartbeat is illegal by California law (CA Health and Safety Code 123440).

In another part of the video, Dr. Ben Van Handel, Executive Director of Novogenix Laboratories, LLC, admits harvesting organs from babies with still beating hearts is a common practice. Van Handel said, “There are times when after the procedure is done that the heart actually is still beating.” Novogenix Laboratories has worked with Planned Parenthood to harvest human organs for years.

Critics might wonder what kind of people would involve themselves in such barbarity; after all, the doctors and technicians in question are highly trained and could make a good living in a legitimate area of medicine. So are at least some of these abortionists sociopaths, people with no conscience whatsoever? Some certainly fit the bill. Just consider Kermit Gosnell, who’s now serving a life sentence for performing illegal abortions (i.e., killing babies a bit too old for the government’s tastes) at his Women’s Medical Society in Philadelphia, which was dubbed a “Shop of Horrors.” He was found to have been displaying aborted babies’ body parts in jars — like a serial killer collecting “trophies.”

Or consider PZ Myers, a tenured Minnesota biology professor and abortion apologist who identifies himself as a “godless liberal” on his blog. After a pro-lifer sent him pictures of aborted babies he replied, as if it were something to boast about, “You want to make me back down by trying to inspire revulsion with dead baby pictures? I look at them unflinchingly and see meat. And meat does not frighten me.”

Such attitudes prompted NCRegister.com commentator Matthew Archbold to write in 2010 that he used to think abortionists were explained merely by “greed” overriding “humanity,” “feminism run amok,” and “the extreme of secularized logic.” But now he realizes: “It’s worse than that. We’re immersed in a culture with a death fetish.” Are some abortionists people who’ve found a way to legally indulge a desire to serially kill others and get paid for it?

While this seems likely, it also appears true that the skids for most evil are greased by rationalization: when people lie to themselves, when they distort, twist, and obscure reality for themselves. Note, for instance, that O’Donnell referred to the murdered and mutilated baby not as “he” or “she,” but “it.” This could remind a movie junkie of serial killer Buffalo Bill from Silence of the Lambs threatening his victim with, “It rubs the lotion on its skin or else it gets the hose again.” Of course, this language implies objectification, the treating of the person as a “thing.” Yet O’Donnell does have a conscience; what she’s doing is trying to psychologically and emotionally distance herself from the reality of her actions. (A sociopath’s conscienceless state, we should note, would render this wholly unnecessary since there is no reality that could make him feel guilty.) This is just as how military men might call killing the adversary “neutralizing the target” or innocent victims “collateral damage.”

But we shouldn’t fool ourselves with our own tongues. What’s occurring in abortion mills coast to coast is nothing less than cold-blooded murder. And while we hear much about the mythical “War on Women,” do we care at all about the very real War on Babies? With Planned Parenthood still receiving $500 million annually in tax money and the Democrats fighting to maintain that funding, we have to wonder.