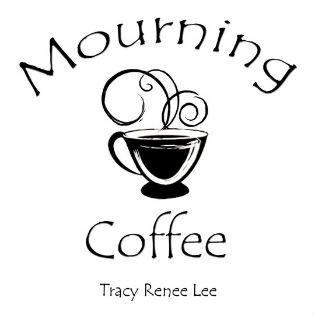 When I was a teenager, my brother and sister would watch their favorite movies on our new video machine. Some of them were their particular favorites, and they would watch them over and over again. One of those particular favorites was “The Time Machine.” My sister would ask me, “If I could travel back in time, where would I go?” I never gave it much thought as I figured time travel was a fable and not much else. Today proved my teenage mind wrong and I was thrown back in time as I had never been before. The days of Wyatt Erp and Buffalo Bill are long gone, but this weekend I traveled back to the customs of their time, and experienced a true “Wild West” funeral at an isolated and private boot hill cemetery. Boot Hill cemeteries were thusly named because most of their occupants died while wearing their boots, usually in a gunfight or some other activity. Interestingly, this decedent’s death was not far from following this tradition.

The surviving family lives so far back in the Texas woods that we were unable to travel in our vehicles. Once we reached a certain location, we and the decedent, vacated our vehicles and were transported over the dangerously narrow logging roads and hidden treacherous trails by the surviving family. When we came upon a small clearing, I immediately saw that it was an old western style “Boot Hill Cemetery.” The previous graves were covered with piles of gathered rocks and marked with hand carved stones. I asked about those previously buried; they were, of course, family members who had passed in previous ages, a few of them war veterans.

The family provided their own casket, six-sided and fashioned out of 200-year-old wood from a cabin on their old home place. The same wood that had been used for the decedent’s father’s casket, his grandfather’s casket, and even his great grandfather’s casket. The handles were made from well-used rope that had served its purpose over the years and was now ready to retire. They had hand dug the grave, and it had large timbers running across it to hold the casket above ground until final rights had been delivered by the eldest family member in attendance. The family gathered in a small grouping and began to sing “Precious Memories”. They sang beautifully, and their grandmother sang the lead as she mourned the loss of her adult grandson. There was no viewing, this family follows Old West traditions and does not embalm, nor view their dead. They do not look upon them for fear that their spirits will linger, and they open all of the doors and windows of their home so that spirits will not be trapped within its confines. Men, women and children all pitched in to return the earth back to the grave in the hot Texas morning sun. We left the woods as we had entered, carried by the family back to our vehicles parked beside paved roads, back to modern day and modern times.

I watched this family as they buried their loved one, and I saw something miraculous. Their grief, although very deep, was very natural for them. Due to their involvement in the burial, their recovery although sorrowful will be less riddled with complications. Each family member played a vital role in laying their loved one to rest, not only emotionally, but physically too. Men, women and children had hand cleared the trail for us to travel, had physically dug and covered the grave, had hand cleared boot hill, had collected the covering stones from across their property, and had even harvested the wood from their old family cabin to build the casket. By the time we were back to our vehicles, this family had worn themselves out physically and only needed rest, refreshment and family communion to recover from the loss of their loved one.

This family understands that recovery from loss is not accomplished by ignoring its occurrence. It is not accomplished by sending an arrangement of flowers and acting like you are not affected by the void death has created within your soul. Recovery is best accomplished by facing death square in the face and serving your departed loved ones one last time. Doing for them what they cannot do for themselves, and supporting those who also mourn your loss, will bring you the greatest comfort and quickest recovery possible.

I am a funeral director, and I make my living burying the dead. My greatest responsibility, however, is to help survivors recover from their devastation and to assist them with a better funeral experience. My best advice to survivors is to look back and learn from history. Serve your kindred dead one last time and do for them what they cannot do for themselves. Even if the only task possible is to respect openly and express your love for them, or to wipe your slate clean of any wrong doing by yourself or by the decedent, do it. If you do, you will find that although you will miss them terribly, and you will grieve for them from the depths of your soul, you will be comforted in your efforts to love and serve them one final time. In some instances, loving the deceased is impossible, in such a case, forgiveness, either for yourself or for them, will be your greatest comforter.