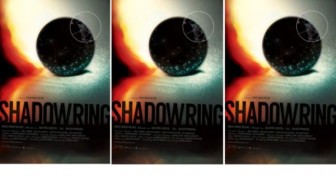 A powerful new documentary, more than two hours in length, entitled ShadowRing, does a masterful job of exposing the globalist Council on Foreign Relations, its power over U.S. policy and both major political parties, and its radical agenda to strip Americans of their God-given rights and national sovereignty. Created by Free Mind Films in conjunction with international best-selling author James Perloff, the DVD will serve as an effective tool to bring attention to the existence and seriousness of the world-government threat — not just from the CFR but from the whole architecture of world government-promoting powerhouses that now dominate government, the establishment press, much of the economy, the monetary system, the government “education” system, international institutions, and much more.

The film does an excellent job of combining interviews with knowledgeable experts along with narration and historical footage of the events and characters involved in the saga. Among those interviewed for the film are journalist Aaron Dykes, pastor and 2008 presidential candidate Chuck Baldwin, author and expert on globalism G. Edward Griffin, author and journalist Jim Marrs, activist Adam Kokesh, and many other insightful and knowledgeable commentators. James Perloff, who helped write the film, is perhaps most famous for his hard-hitting book The Shadows of Power: The Council on Foreign Relations and the American Decline, which ripped the mask off the CFR and its subversive globalist activities more than 25 years ago and exposed the agenda to countless Americans. He also features prominently in the film.

The documentary offers clear and convincing evidence to show even the most skeptical person that there is, indeed, a shadowy cabal of globalists hoping to install themselves as masters of humanity. In fact, early on, the film and the interview subjects combine to make a powerful case that America today is, in many ways, already essentially dominated by an “oligarchy,” and has been for generations. Among the oligarchs’ names mentioned in the film: Rockefeller, Morgan, Vanderlip, Vanderbilt, Mellon, and other banking and political heavyweights. The film also shows how these oligarchs have long worked with each other to increase their wealth and power — not by using the free-enterprise system and hard work, but by secretly collaborating in the shadows to subvert the U.S. Constitution, usurp control of government power, and fleece and deceive the American people.

The Council on Foreign Relations is identified repeatedly as the most powerful tool, or vehicle, used by the globalist establishment in the United States to manipulate and control the American people specifically. “Though virtually unknown to the public, the council dominates the Cabinets of both Democrat and Republican presidents,” the narrator explains. “Since its founding in 1921, the CFR has produced 21 secretaries of war and defense, 19 treasury secretaries, 18 secretaries of state, and 16 CIA directors.” The outfit also has many of America’s biggest establishment media organs and mega-corporations as members.

Its goals, interview subjects explain, include advancing the establishment’s agenda for global governance, getting around the U.S. Constitution, and promoting tyranny at home and abroad. Quotes from the outfit’s own flagship publication Foreign Affairs demanding world government and assaults on national sovereignty make that abundantly clear, too, as the film shows — such as that published by the CFR journal Foreign Affairs in 1922, its first year of publication: “Obviously there is going to be no peace or prosperity for mankind as long as [the Earth] remains divided into 50 or 60 independent states until some kind of international system is created. The real problem today is that of the world government.” Much of it is accomplished by stealth and deception.

Perloff, a leading expert on the CFR and the establishment behind it, realized that the globalist outfit was more powerful than even he understood when he produced his first major exposé of the council and its machinations. “When I wrote The Shadows of Power, the main concern I had was that maybe I’d gone too far in attributing our foreign policy to this invisible government,” Perloff says in the film. “Now it’s 26 years later, we’ve had the arrival of the Internet, we’ve had access to information I never had access to at the time I wrote that book. My conclusion is not that I went too far, but I didn’t go far enough.”

Next, Perloff goes on to explain the genesis of the CFR, which was born after a meeting in Paris in response to the U.S. Senate’s refusal to ratify American involvement with the globalist League of Nations after World War I. By the time World War II was complete, the CFR and its operatives had acquired more than enough influence to ensure the U.S. government would become entangled with the globalist United Nations.

Perloff and others interviewed for the film also discuss the fact that the CFR is merely the American branch of a broader international cabal under the banner of the Round Table Group. In the United Kingdom, for example, the CFR’s counterpart is known as the Royal Institute for International Affairs. Similar globalist outfits operate in myriad other countries — all working toward the same global regime they frequently refer to in public as the “New World Order.”

“You notice first of all that you’re talking Republicans and Democrats, conservatives and liberals,” Baldwin explains in the documentary after reading off a very partial list of the bipartisan membership roster of the CFR. “You’re talking people in every area of government and news media, you’re talking education establishment — you’re talking basically the key establishment institutions of the country are all infiltrated with Council on Foreign Relations members. Why is this institution so powerful that no matter whether it’s a Republican or Democrat in the White House, they are going to fill their administration with members of the CFR?”

The film also quotes former CFR member Rear Admiral Chester Ward, who resigned in disgust from the globalist outfit after 16 years when he understood its agenda. The CFR’s goal, he said, was “submergence of U.S. sovereignty into an all powerful one world government.” And while there may be plenty of “useful idiots” among the membership, globalism permeates the group. “This lust to surrender the sovereignty and independence of the United States is pervasive throughout most of the membership,” Ward warned after resigning from the organization and highlighting publicly the dangers it poses to America.

Another key element of the film is its discussion of U.S. wars and the evidence it presents of false-flag attacks, beginning with the sinking of the USS Maine in 1898. Citing the hysterical press coverage by establishment-controlled media outlets, along with evidence surrounding the incident, the film suggests that the sinking of the Maine and the Spanish-American War it sparked marked the start of a new era of U.S. militarism regularly justified through the use of likely false-flag operations. In the case of the Maine, America went to war based on the claim that Spain had sunk the ship, despite the evidence showing otherwise.

The film offers a great deal of history on the intrigue behind the sinking of the Lusitania, which is credited with bringing a reluctant America into WWI. World War II is discussed next, along with an examination of the attack on Pearl Harbor — an attack that top U.S. leadership knew about in advance, as official U.S. military reports concluded.

The film then continues chronicling the history of establishment-promoted U.S. militarism by zeroing in on the alleged Gulf of Tonkin attack that sucked the United States into war in Vietnam — even as the same establishment was funneling U.S. tax dollars and support to brutal communist regimes allied with the Viet Cong. According to powerful evidence presented in the film, the attack was a fraud orchestrated to psychologically manipulate and terrorize Americans into the war that killed almost 60,000 U.S. servicemen and countless more Vietnamese.

Fast-forward all the way to the George W. Bush administration, and the process largely repeats itself with different players connected to the same establishment, and different lies to sell a different war. The war against Iraq, for example, was marketed to the American people and the world as being an international effort to disarm former U.S. ally Saddam Hussein of his alleged “weapons of mass destruction.” Ironically, the same CFR-linked establishment had supplied the Iraqi regime with WMDs. But as shown in the documentary, by the time the U.S. government had finished invading Iraq and overthrowing its formerly U.S.-backed dictator, Bush had admitted that there were no WMDs to be found in Iraq. Similar arguments could have been made for Obama’s lawless UN-backed war on Libya.

Every American should know the real history behind these wars. Interlocking groups that must be understood that are addressed in the film include the Trilateral Commission, the Bilderberg group, and more. There is much more in the film, too, that the American people must understand if the Constitution is to be restored — and if the globalist schemers behind the subversive world government agenda are to be exposed and ultimately stopped.

Of course, regular, longtime readers of The New American magazine will likely be familiar with many, if not most, of the facts presented in the more than two-hour-long film. Still, it is well worth watching — and especially sharing with others who may not yet be up to speed on the dangers of the CFR and the globalist agenda to subvert the U.S. Constitution and the God-given individual liberties it protects.