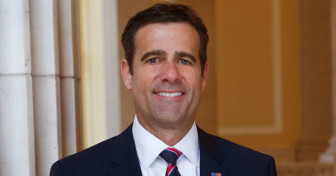 Press Release: On Tuesday, Rep. John Ratcliffe (TX-04) led 23 members of Congress in introducing legislation to block Environmental Protection Agency regulations that would drive up energy costs for American families. In August, the administration announced this latest move in its war on jobs and affordable, reliable energy. To push its radical environmental agenda, the administration is heaping expensive regulations on new and existing power plants, and going even further by setting forth requirements that will impact the choices that individual families make about personal electricity use.

“I said it when the administration announced its plan, and I’ll say it again: these rules will have a devastating impact on energy prices and the security of our power grid across the country — and Texans will feel the pain sharper than most, since our great state will be one of the hardest hit by these indiscriminate rules. In fact, the administration has targeted Texas with nonsensical requirements that are 20 percent stricter than their target national average,” said Ratcliffe.

“Families are flocking to Texas because of our conservative, pro-growth policies. In fact, Texas has created more jobs since 2008 than all other states combined. It’s beyond me why President Obama would want to obstruct our success with regulations created out of thin air by unelected bureaucrats based on a radical political agenda. That is why I’m introducing disapproval resolutions that, if enacted, would prevent these rules from going into effect and bar the administration from ever submitting a similar rule in the future,” Ratcliffe added.

“The fact is that American energy production is a key provider of jobs across the 4th Congressional District of Texas. Anyone that lives in Titus or Grayson County can explain their importance,” said Ratcliffe. “I had the opportunity to tour the Luminant Monticello plant shortly after taking office where I met with employees and saw firsthand the devastating impact of the EPA on plant operations. I’m committed to standing up for these people against the administration’s radical agenda,” Ratcliffe added.

“I urge leaders in the House and Senate to quickly take up these measures for consideration. The job security and energy security of hard-working Americans depends on our swift action to combat these harmful regulations.”