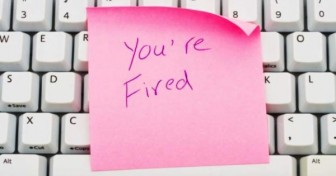 Patrick Thibodeau, senior editor at Computerworld, has written several articles recently reporting on the impact of H-1B visa holders on American IT workers’ jobs. In an October 1 report, Thibodeau noted that at least seven IT workers at Disney “are pursuing, or plan to pursue, federal and state discrimination administrative complaints over their layoffs.”

The story began last October, when Disney H.R. staff began notifying its IT employees at Walt Disney Parks and Resorts of their layoffs, effective January 30, 2015. In an April 29 report about that large-scale termination, Thibodeau noted that Disney CEO Bob Iger is one of eight co-chairs of the Partnership for a New American Economy, which he described as a leading group advocating for an increase in the H-1B visa cap. (Other co-chairs of the group are Marriott Corporation Chairman Bill Marriott, Boeing CEO Jim McNerney, former San Antonio Mayor Julian Castro, former New York Mayor Michael Bloomberg, Philadelphia Mayor Michael Nutter, News Corp and 21st Century Fox Chairman Rupert Murdoch, and former Microsoft CEO Steve Ballmer.) On April 24, this partnership was a sponsor of an H-1B briefing at the U.S. Capitol for congressional staffers that was closed to the press.

Thibodeau reported that one of the briefing documents handed out at the congressional forum made this claim: “H-1B workers complement — instead of displace — U.S. Workers.” The document asserted that as employers use foreign workers to fill “more technical and low-level jobs, firms are able to expand,” which supposedly allows U.S. workers “to assume managerial and leadership positions.”

The article quoted from a statement released by Jacquee Wahler, a Walt Disney World spokesperson, explaining the layoffs resulting from Disney’s increased use of H-1B visa workers:

We have restructured our global technology organization to significantly increase our cast member [employee] focus on future innovation and new capabilities, and are continuing to work with leading technical firms to maintain our existing systems as needed.

Perhaps if Wahler had thrown in a few stock Disneyisms like “Bibbidi-Bobbidi-Boo” and “Supercalifragilisticexpialidocious” the statement would have been more credible!

The Computerworld article quoted a statement from one of the Disney IT workers who lost his job: “Some of these folks were literally flown in the day before to take over the exact same job I was doing.” The man was required to train his replacement and was angry over the fact he had to train someone from India “on site, in our country.”

Sara Blackwell, a Florida attorney who is representing seven Disney workers at the company’s parks and resort division, has established an organization called Protect U.S. Workers to stop the abuse of H-1B and other foreign-worker programs. A message posted on the organization’s website charges that U.S. companies “have learned ways to abuse the H-1B and L-1 visa programs to displace the [U.S.] citizens who went to high school, college and graduate school in the United States and who are as qualified, or, many times, more qualified, than the foreign workers who are taking the Americans’ jobs.” The group notes three ways in which this abuse can occur:

Another firm that has received criticism for discriminating against Americans and hiring H-1B contract workers is Southern California Edison (SCE).

We are concerned about recent information that has come to light regarding the abuse of the H-1B visa program by Southern California Edison (SCE) and other employers to replace large numbers of American workers. We urge you to investigate this matter.

A number of U.S. employers, including some large, well-known, publicly-traded corporations, have reportedly laid off thousands of American workers and replaced them with H-1B visa holders. To add insult to injury, many of the replaced American employees report that they have been forced to train the foreign workers who are taking their jobs.

The letter noted that the “troubling practice” seems to be especially prevalent in the information technology (IT) sector of the U.S. economy and that “sixty five percent of H-1B petitions approved in FY 2014 were for workers in computer-related occupations.”

The senators also asked whether the U.S. companies (or the IT consulting contractors that they retained) — by laying off American workers and replacing them with H-1B workers — “have engaged in prohibited citizenship status discrimination against U.S. citizens.”

Though these senators represent a wide range of views that span the political spectrum, they agree on the necessity of protecting American jobs by eliminating the practice of giving U.S. workers’ jobs to foreign H-1B visa holders.