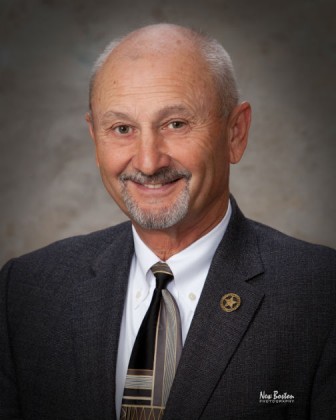 Press Release: Bowie County Sheriff James Prince announced today that he is seeking re-election. He will do so on the Republican Party ballot in March of 2016.

Of the party switch, Prince said, “I want to be sure that in this day of political differences, I stay true to all the people who have elected me and for many who have crossed their own party lines to support me as the sheriff of this great county.”

Prince said he is just as excited about running for office today as the day he announced for his first term and is just as committed to continue doing the job that he loves.

“It has always been my practice and will continue to be to enforce the law equally, knowing that I work for all the people of this county no matter which party or group they represent,” Sheriff Prince said.

“I have prided myself in reaching out to all in this county that I serve and I want to be absolutely sure that party lines and demographics do not divide this county and stand in the way of our growth and our efforts to provide timely and efficient law enforcement to every segment of our society,” Sheriff Prince said.

Prince outlined his accomplishments over his tenure in office and said his basic two commitments remain the same – to constantly improve the service the office provides to its citizens and to make himself available to all who seek his counsel and service.

The Basic Awareness Safety Education program has become a critical part of Sheriff Prince’s administration. The program, developed and taught only in Bowie County, is a vast improvement over standard programs, and is aimed at the young people in the county and targets:

“We now teach this program in 10 public schools in Bowie County,” Prince said.

Another crowning achievement to which Prince points is the founding and organization of the Bowie County Sheriff’s K-9 Search and Rescue team. This team along with the Mounted Team consists of all volunteers trained to search for lost persons in the Four States area.

“Searchers had looked for him for most of the day, but one of our K-9 teams located him within an hour of arriving on the scene,” Sheriff Prince said.

Prince credits his outstanding team of deputies and investigators for the inroads they have achieved in battling illegal drug trafficking in the county. Prince said his department is constantly upgrading its equipment and technology. This is paid for in large part through grants and money seized from drug dealers.

Prince said there has only been one unsolved homicide during the last 10 years in the county.