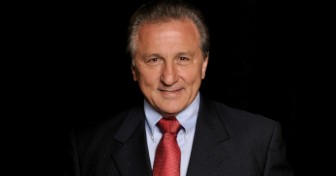 Press Release: Today the fight to take back our country continues as Lou Gigliotti announces his candidacy for Congress in the Fourth Congressional District of Texas.

“I have one message for John Ratcliffe; I am coming for you.” Lou Gigliotti said. “You lied to the people who elected you and you sold out to the Washington establishment, and it is time for you to return to your law practice representing lobbyists.”

In his very first vote in Congress Ratcliffe went back on his pledge to oppose John Boehner for Speaker of the House. Ratcliffe ran on a platform of change, but all of the change went into his pockets after Boehner hosted a high dollar fundraiser in Washington.

“In the last election, the people of East Texas did not realize they were exchanging a statesman for a trial lawyer from Chicago.” Gigliotti said. “But they have figured it out, and now we are going to send a message to Ratcliffe and the Washington insiders he is hanging out with.”

Texas is the tip of the spear when it comes to supporting conservative leaders who stand up for liberty. That trend is continuing in East Texas today and the rest of the nation is following our lead in the presidential election.

“We need to transform government, but what we have in Washington is more of the same.” Gigliotti said. “We have a politician who said one thing to get elected and then did another after being sworn in.”

There were five freshman members of Congress who went back on their pledge stating they would not support Boehner for Speaker of the House, and our Congressman was one of them. There is no way to hide from the truth, and that is what this campaign is about; the truth.

You can learn more about Lou Gigliotti at louforcongress.com.