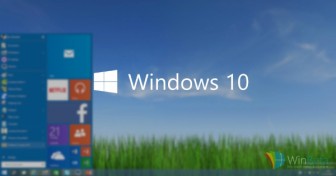 Windows 10 seems to be Microsoft’s deliberate attempt at creating the most intrusive operating system ever. If that is the goal, the software giant from Redmond, Washington, is succeeding. It seems that every new update brings the newest iteration of Windows increasingly closer to giving Microsoft total control over the way users can operate their own computers. The most recent update makes that abundantly clear.

Malware is defined by The American Heritage Dictionary of the English Language, 4th edition as:

Malicious computer software that interferes with normal computer functions or sends personal data about the user to unauthorized parties over the Internet.

While computer users typically think of that definition applying to viruses, it unfortunately fits Windows 10 — and increasingly Windows 7, 8, and 8.1 — very well. What else do you call an operating system that reports back to its developers supplying them with personally identifiable information about you including your name, e-mail address, postal address, phone number, passwords, password hints, age, and gender, as well as your browsing history, address book, calendar, the contents of your e-mails, and access to all your files including pictures, videos, documents, and anything else stored on your hard drive? What about an operating system that while doing all that hides updates from you, will not provide you information about them, and installs them even when you have told it not to? What about that same operating system being designed in such a way that you cannot even turn off these settings?

If none of that rises to the level of defining Windows 10 (and, because of updates, Windows 7, 8, and 8.1) as malware, the most recent news certainly does. The New American has previously reported on the outrageous Microsoft Services Agreement and accompanying documents that must be agreed to before any Microsoft product or service can be used. We explained:

Few will ever read the terms of these documents since they span some 40,000 words and would run 110 pages if printed. As is to be expected, most of the terms are written in legalese and are not overly easy to understand. There are some parts of the terms that users need to be aware of, though, because agreeing to them grants Microsoft the right to read, save, and share anything stored on or accessed using any computer running Microsoft Windows as well as any computer using Microsoft products or services.

The Microsoft Services Agreement also gives the software empire permission to not only install whatever software it chooses on your computer, but also to delete whatever software it chooses from your computer. Microsoft announced its Windows 10 November update with great fanfare. What the company did not tell users was that the update would give Microsoft the ability to reach into their computers and remove software that the company deemed either unstable (based on its own criteria) or pirated (based on its own assumptions). Just whose computer is it, anyway?

Venture Beat reports that after receiving the update, many users complained that software they had installed before the update was deleted and they were notified that it was “not supported.” When they simply reinstalled the software, it worked just as it had before. So far the deletion of programs has been mostly limited to “hardware monitoring tools CPU-Z and Speccy as well as the AMD Catalyst Control Center for tweaking your Radeon graphics cards,” according to Venture Beat. So, it looks as if it impacts only users of higher-end computers such as those used for gaming. But that does not mean it will not be coming soon to a workstation near you.

The company has previously explained to GamesBeat that it would remove software that it considers dangerous. That includes not just programs that will cause issues with Windows 10 but potentially apps that may steal your information or infect your system. That language is in Microsoft’s terms of service.

“The Microsoft Services Agreement allows Microsoft to change or discontinue certain apps or content where we deem your security is at risk,” a Microsoft spokesperson told GamesBeat in August. “Software that is pirated or botted places the safety and security of our customers at risk, including a higher risk of malware, fraud, public exposure of personal information, and poor performance or feature malfunction. We remain committed to protecting our customers from the risks of non-genuine software and protecting the intellectual property of developers of all types of content.”

Of course none of this answers why valid software packages were removed from user’s computers or why — if the programs were “not supported” — the users were able to reinstall them without problem.

All the recent heavy-handedness from Microsoft has many computer users seeking other operating systems. Many are looking to Apple and the Mac OS. Others who want more freedom and control over their computers are looking increasingly to one of the many distributions of Linux.

As this writer noted last year, the best way to protect your systems against surveillance by both overreaching governments and nosy corporations is to replace Windows with Linux and apply several software tools that are both free and freely available. Microsoft’s new policies are making it increasingly easy to convince people to do just that.