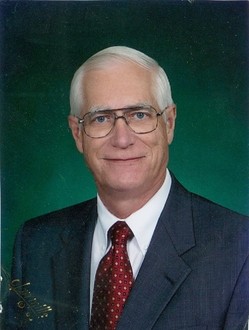 He was retired from the District 19 Employees Credit Union, former employee of the Texas Department of Transportation and the TEXAR Credit Union and was on the Board at the Red River Credit Union. He was a member of the First Baptist Church, Nash where he served as a Deacon.

He was preceded in death by a daughter, Lori Cheatham.

Funeral services will be held at 10:00 A.M. Tuesday at the First Baptist Church, Nash with the Revs. Tim Strebeck and Steve Shipley officiating. Burial will be in Chapelwood Memorial Gardens under the direction of Chapelwood Funeral Home.

The family will receive friends at the funeral home Monday evening from 6:00 to 8:00 P.M.