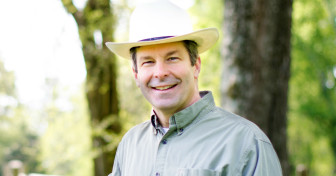 Hughes said Simpson “voted for driver’s licenses for illegal immigrants.” No such vote occurred. In the clearest vote we could find, Simpson voted to make it harder, not easier, to obtain licenses when, in 2011, he joined nearly every House member in approving a new mandate that applicants for driver’s licenses be required to document their legal residency.—Politifact Texas, December 11, 2015

Simpson said he’s always been opposed to illegal immigrants having driver’s licenses. In 2011, Simpson joined House members in voting for the change in law requiring license applicants to document their legal residency, which we take as a strong indication of his position. —Politifact Texas, December 11, 2015

Simpson responded to the recent articles saying, “I am running a positive campaign focused on the issues. I have put forward an strong agenda to address illegal immigration. I invite everyone to look at my record and my proposals to address this serious issue.”

“I hope that Bryan Hughes, for whom I have always had much respect, will desist from distorting my record and will publicly acknowledge his attacks as false. We should focus on the genuine threat that illegal immigration poses to our communities and upholding the rule of law. The first step we must take is ceasing to reward those who break the law with government handouts and privileges—education, healthcare, driver’s license, etc.” concluded Simpson.

Representative Simpson just completed his third regular legislative session in the Texas House. He has consistently been ranked as one of the ten most conservative legislators during his tenure in the Texas House of Representatives. More information regarding Simpson’s campaign can be found at DavidSimpson.com.