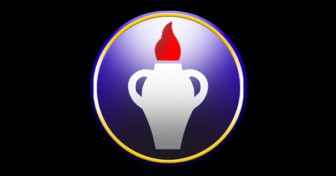 Gideons International, with a current membership in excess of 300,000, has distributed more than two billion Bibles and New Testaments around the globe since its founding in 1908. Last year alone the organization gave more than 88 million Bibles to prisoners, police officers, firefighters, medical and military personnel, shelters, hospitals, hotels, motels, and other people and places.

However, if the Freedom From Religion Foundation has its way, hotels and motels across the country may soon be removing those complimentary Bibles.

Incorporated in 1978, the FFRF touts approximately 23,000 members who bill themselves as “freethinkers, atheists, agnostics, and skeptics of any pedigree.” Claiming to be nontheistic, the foundation has a long history of battling to remove all mention of God or Christianity from the public sector under the alleged doctrine of a “separation of Church and State.” The FFRF is now pressuring the American Hotel & Lodging Association, whose associates offer a total of approximately 4.8 million rooms, to remove the Gideon Bibles from their lodgings.

In a letter addressed to Katherine Lugar, president and CEO of the American Hotel & Lodging Association, the FFRF asserts that it’s time to “say NO to the Gideons.” Claiming the Bible calls for the active killing of “nonbelievers, apostates, gays, ‘stubborn sons’ and women who transgress biblical double standards,” the atheist organization calls it “gruesome bedtime reading” and nothing more than an attempt “to proselytize a captive audience.” The FFRF has suggested that the American Hotel & Lodging Association follow the example of Travelodge UK, which removed Bibles from its more than 500 lodgings in Great Britain last August, stating the move was “in order not to discriminate against any religion.”

In a later press release, the Freedom From Religion Foundaton stated, “As an organization whose members embrace reason and science, FFRF would prefer placement of Charles Darwin’s ‘On the Origin of Species’ to the invasive Gideons [though the letter doesn’t request such an exchange].” The foundation claims that the in-room Bibles create a hostile environment, and adds that those interested in reading a Bible could bring their own.

Northern Illinois University has already removed Bibles from the rooms in its campus hotel, and any guest wanting one must now call the front desk and request it. University spokesman Brad Hoey said that upon receipt of the letter from FFRF they removed the Bibles immediately, even though they had been in the rooms for years. He stated, “We’re very conscious of the separation of church and state. We also embrace our diverse and inclusive culture. Those who wish to have access to the Bibles can have access to them on the premises.”

For decades the FFRF has taken specific aim at lodgings in parks and state universities. Often the foundation’s members will deface the Bibles with stickers containing sarcastic statements warning that a literal belief in the book could “endanger the reader’s health and life.” However, the FFRF is not merely aiming to have the complimentary Gideon Bibles removed from hotels and motels. Its goal is to completely remove religion from society.

In a longstanding onslaught on the free exercise of religious beliefs, the FFRF places strong emphasis on the frequently misunderstood idea of the “separation of church and state.” Not only did the U.S. Constitution never inhibit people’s ability to practice their religion, it specifically spelled out the right to practice it. The First Amendment states:

Congress shall make no law respecting an establishment of religion, or prohibiting the free exercise thereof; or abridging the freedom of speech, or of the press; or the right of the people peaceably to assemble, and to petition the government for a redress of grievances.

As The New American observed in a 2011 article entitled “The Establishment Clause,”

A careful reading of the plain language of the 10 amendments that comprise the Bill of Rights reveals that there is one organization that is prohibited from making laws establishing a religion: Congress. Read the First Amendment again: “Congress shall make no law.” When this restriction is read in concert with the last of the 10 amendments in the Bill of Rights, it is clear that the states and the people retain the right to establish religions, if that is their desire. In fact, many states retained their established religions after ratification of the Constitution: New Hampshire, Connecticut, and Massachusetts, for example.

To recap the scope of the Establishment Clause, then, the intent is to forbid Congress from establishing a national religion (as was done by the British Crown, often at the point of a sword); Congress is forbidden from restricting the right of individuals from worshiping as they choose; and Congress, therefore, has no constitutional authority (and, remember, all the authority of Congress is enumerated and is not natural) to infringe at all upon the right of the states and the people to fully and freely exercise their liberty of conscience.

Americans still have an undeniable amount of freedom to exercise and express their faith and are facing nothing compared to the plight of Christians in other countries across the world. However, there is an increasing hostility toward people who want to cast votes based on their religious faith, verbally defend their faith, or encourage others to consider their faith.

The FFRF website states, “The purposes of the Freedom From Religion Foundation, Inc., as stated in its bylaws, are to promote the constitutional principle of separation of state and church, and to educate the public on matters relating to nontheism.” However, their policies and actions go far beyond this simple statement. Earlier this year, for instance, the FFRF pushed a years-long lawsuit to a federal appeals court in a failed attempt to get a WWII memorial statue of Jesus removed.

The FFRF has filed lawsuits across the country against presidents, governors, congressmen, schools, and students, attempting to remove any reference to God from our currency, state or federal buildings, and other public places.

In their recent lobbying against the Gideons, the FFRF would have the public believe that there is an inherent danger in the possession and readership of the Bible. What will their next target be after hotels and motels? Prisons, police stations, fire stations, or eventually the open public? At what point will organizations such as the Freedom From Religion Foundation begin to label parents who read the Bible to their children as dangerous and hostile?

Those who believe in the importance of a constitutional right to practice their religion in peace should make their voices heard in public, in the press, and to their elected officials.