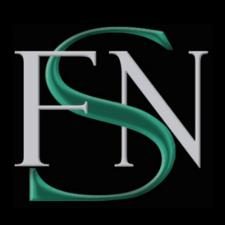 It has been an exciting year for the Four States News (FSN). Earlier this year the FSN was purchased from founder Steve Oglesby by our parent corporation 5 Arrow Media, LLC. Steve has remained a vital part of the organization providing advice and helping with technical issues.

In addition to moving FSN under new ownership, we have seen a great year of stories, press releases, opinions, and post that have had a positive and informative impact on the Four States Area. While the FSN remains open to writers in the region, we have seen some fantastic post by a core group of contributors.

Tracy Lee, who has a great following of readers, contributes on a regular basis to the FSN. One of her most read articles was Salesclerk Survivor from February of this year. Another well read story was Bucket List from September.

Wesley Tompkins also introduced some Christian values articles. His article The Gospel Message was read by several thousand readers. He has since submitted other articles that are on the board for the future.

We have also been honored to have articles from Tony Arterburn. Tony is a conservative speaker and writer from Texas. He has had some very popular articles such as Dispatch from a Safe Place in August and many others.

James Still presents history based articles such as Common Sense: Monarchy in March. James contributes on a regular basis and always has several readers interested in his presentations.

Joe Dorman was the 2014 Democrat nominee for Governor of Oklahoma. He works with Child Advocacy in Oklahoma. He keeps us up to date with articles such as this popular one on the Legislature and Child Needs.

As stated before Steve Oglesby has remained involved throughout the year. He has submitted several popular articles. His articles often prompt us to think about things such as this one on They’ve All Come to Look for America.

We have had dozens of positive press releases throughout the year and some sad ones. Below is a list of some of other popular articles in case you missed some of them. Remember, they are always achieved here at FSN and free to anyone to read or quote with proper credit notations:

Naturally there were dozens of other great articles throughout the year. The above is just some of the most read and shared of them all. Since the purchase of FSN by 5 Arrow, we have seen the servers overloaded by our readership, and we have moved to servers that can handle the number of readers we have coming in daily. Remember, FSN is a community journalism site. We seek stories important to the community and we seek writers willing to present them in a unique way to the entire FSN.

Thank you – the readers and writers- and we look forward to tremendous growth in 2017!