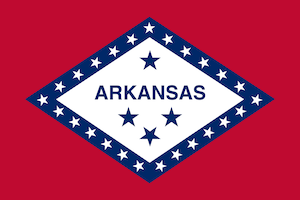 PROVIDENCE, RI – Governor Asa Hutchinson today announced that Arkansas will opt in to the First Responder Network Authority (FirstNet) and AT&T plan to deliver a wireless broadband network to the State’s public safety community. The Governor made the announcement from the National Governors Association’s Summer Conference in Providence, Rhode Island. With the announcement, Arkansas joins Virginia and Wyoming as one of the first states to officially declare their intention to participate in the program. The Governor’s official letter can be found HERE.
“After an in-depth review of the FirstNet and AT&T plan by the appropriate state agencies and stakeholders, I have decided to approve their recommendation to opt in to the program,” Governor Hutchinson said. “As a former Undersecretary of Homeland Security after 9/11, I understand the necessity of a reliable stand-alone emergency communications system. FirstNet has received wide support among our community of first responders because it will enable us to respond more quickly during crises when seconds can mean the difference between life and death.”
“Governor Hutchinson and I have shared a vision for a safe and secure country since our days in Homeland Security. Today, he has made one of the most economical and technologically advanced decisions he can make for the safety of Arkansas’ residents and first responders,” said former Pennsylvania Governor and Homeland Security Secretary Tom Ridge. “Participation in FirstNet is going to transform how Arkansas’ first responders coordinate during emergencies and everyday situations.”
FirstNet and AT&T will build, operate and maintain a highly secure wireless broadband communications network for Arkansas’ public safety community at no cost to the State for the next 25 years. The FirstNet network will deliver innovation and create an entire system of modernized devices, apps and tools for first responders, transforming the way Arkansas’ fire, police, EMS and other public safety personnel communicate and share information. Click HERE for more information on how FirstNet will help public safety save lives and secure communities.
“Arkansas has been a tremendous partner to work with to plan and design this network,” said FirstNet CEO Mike Poth. “With today’s decision, Governor Hutchinson realizes public safety’s efforts and sets this life-saving network into motion. We look forward to delivering the technology and communication tools that first responders need to serve and protect the residents of Arkansas.”
“In 2015, Governor Hutchinson directed the state to develop a robust process to review whether opting in to FirstNet was the right decision for the state. Since that time, we have been hard at work researching and collaborating with our emergency responders to arrive at the best decision for Arkansas. I would like to thank everyone involved for the work they have done over the last few years leading up to the final review of the plan,” said Director of the Arkansas Department of Emergency Management, A.J. Gary. “FirstNet will be a great asset to our first responders and the citizens they serve.”
Since 2013, FirstNet has met with Arkansas officials and public safety personnel more than 30 times to address their unique communication needs and challenges. In addition, before Governor Hutchinson received the FirstNet state plan for his approval, the plan was reviewed for potential financial, legal and environmental implications by a group of stakeholders and state agencies including the Governor’s office, the Department of Information Systems, the Attorney General, the Department of Emergency Management and the Arkansas Interoperable Communications Executive Committee.
“It is our honor to provide advanced communications capabilities to ensure Arkansas’ first responder community has a network they can rely upon when needed most,” said Ed Drilling, president, AT&T Arkansas. “AT&T has a long history with the public safety community, and together we know we will create a first-of-its-kind network that will help first responders operate faster, safer and more effectively when lives are on the line. We will bring first responders the coverage, value and experience they expect.”
About FirstNet
The First Responder Network Authority (FirstNet) is an independent authority within the U.S. Department of Commerce. Chartered in 2012, its mission is to ensure the building, deployment, and operation of the nationwide, broadband network that equips first responders to save lives and protect U.S. communities. For more information on FirstNet, please visit FirstNet.gov/mediakit.