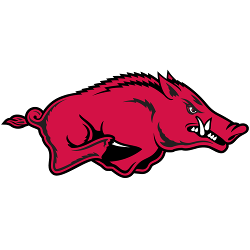 Texarkana, AR-$14,300 was handed out to an excited group of Arkansas High AP Students this morning at the Red Wall as a reward for high testing, hard work, and dedication to their education process. Arkansas High is one of 650 high schools across the nation to participate in the AP Capstone Diploma program, and it is one of only 9 in the state of Arkansas. The AP Capstone program includes “AP Seminar” and “AP Research” courses and allows students to expand their preparations for college and academic excellence. AP Scholars receive college credit and are recognized by college boards. The funds for the award comes from a combination of state funding and school funding.

At Arkansas High there have been 313 AP students. These students have taken 578 AP exams. The school offers 21 AP courses, and there are 19 AP scholars recognized by the college board. The group has grown from around 60 last year, to a recognized 87 this year. Arkansas High holds the distinction of being recognized by U.S. News and World Report this year as the having the “Highest College Readiness Index in the City of Texarkana and Texarkana area”. “This recognition includes schools also on the Texas side. The high ranking includes a combination of high AP participation and high AP passing scores,” said AP Advisor Diana Lowe.

The gathering opened with Arkansas High Principal Eva Nadeau welcoming students, parents, and the administration staff which included Superintendent Dr. Becky Kesler and Assistant Superintendent Robin Hickerson along with several others from administration. The Arkansas High ROTC program then presented the flag for the pledge, followed by a short invocation. Diana Lowe then spoke about the program, recognized students in various areas of academia, and then introduced the guest speaker.

The University of Arkansas Hope/Texarkana Chancellor Chris Thomason was on hand as the guest speaker and recognized not only the hard work, but also the continued success of the program. He commended the students on their dedication and drive and noted that several from the program are already students at the U of A here in Texarkana. He ended his speech thanking the students for hard work, encouraging them to continue, and sharing the connection of a college degree to the increased lifetime earnings possibility. Chancellor Thomason also noted that the cash prize the students were receiving today “was not that bad either.”

The ceremony concluded with pictures of each group with the Chancellor, and then the most important words each student would hear for the day were spoken. The students were told to “go to the bank with their slips”. The slips allowed students to collect $100, $200, $300, or even $400 cash prizes based on the test completed with a score of 3 or higher. As everyone can imagine, there were several smiles as these hard-working students returned with their cash awards.

AP Ceremony August 2017 Video is copyrighted by the Texarkana Arkansas School District. It is presented here with permission: