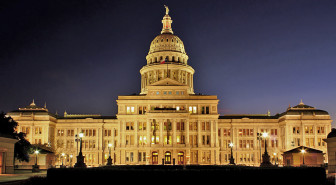 Texas, March 29, 2018 /PRNewswire/ — Odessa, located in the heart of the Permian Basin, is the most expensive destination in Texas based on the cost of its lodging. That’s the main finding of a recent survey conducted by CheapHotels.org.

The survey compared 30 cities in the Lone Star State, using as its basis of comparison the average rate for each one’s cheapest available double room (minimum: 3-star hotel) during the month of April 2018. April also happens to be the month during which most Texan cities reach their highest average hotel rates.

To stay in Odessa, travelers will have to spend an average of $186 per night. Also on the podium are the McLennan County seat of Waco and the state capital of Austin. With average overnight rates of $176and $174, respectively, for their least expensive room, these two cities placed second and third on the survey.

Dallas ranks fourth most expensive in the state at an average price tag of $158 per night. A bit more affordable are Houston and San Antonio. Both rank in the midfield with average nightly rates of $112and $107, respectively. Texas’s least expensive city, by far, is Killeen, known for the Fort Hood military base. There, an overnight guest may find a room for just over $50 per night.

The following table shows the 10 most expensive destinations in Texas based on the average rate for their cheapest available double room during the time period spanning April 1 to April 30, 2018.

For the full results of the survey, check https://www.cheaphotels.org/press/texas18.html